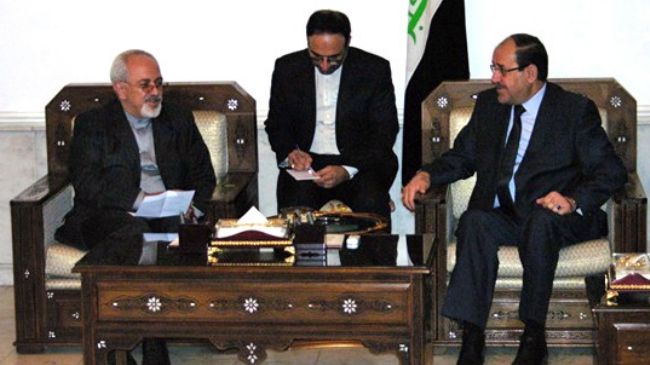 In a meeting with the Iraqi premier in Baghdad on Tuesday, the Iranian foreign minister reaffirmed Tehran’s support for the measures adopted by the Iraqi government to counter terrorism and extremism, which is plaguing the entire region.

“If terrorism and extremism are not managed properly and based on the reality, not only will [they] become institutionalized in the region, but they can also spread beyond the region,” stressed Zarif.

The Iranian foreign minister further expressed gratitude to the Iraqi government for identifying and arresting the elements behind a terrorist attack which led to the death of a number of Iranian nationals in Iraq last year.

On December 13, 2013, masked gunmen shot dead over a dozen Iranian engineers and pipeline workers near the village of Balad Ruz, some 80 kilometers (50 miles) northeast of the Iraqi capital, Baghdad.

During the Tuesday meeting, the Iraqi prime minister, for his part, said Baghdad is ready for cooperation with Tehran in an effort to uproot regional terrorism and extremism.

The two sides also exchanged views on the upcoming peace conference, known as Geneva II, which is aimed at containing nearly three years of deadly crisis in Syria. The international event is scheduled to open in the Swiss city of Montreux, near Geneva, on January 22.