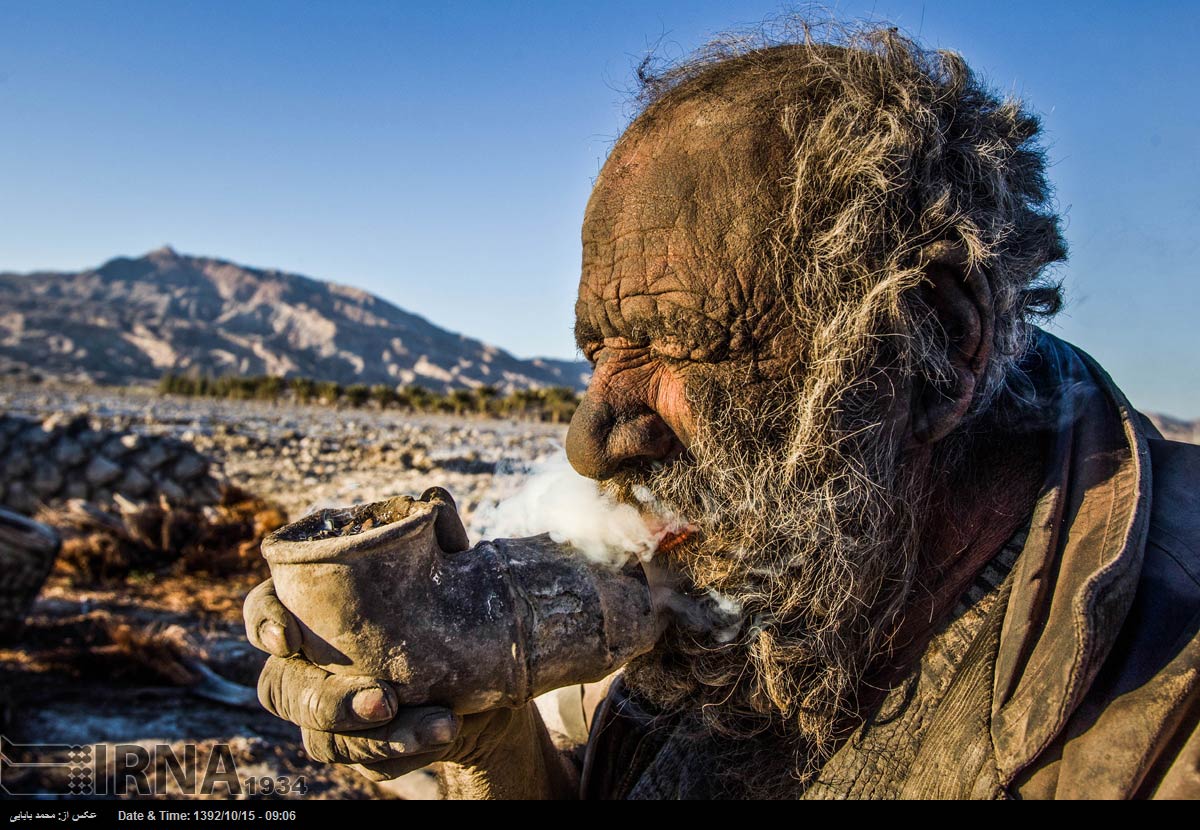 An Iranian man has broken the world record for the number of years spent without bathing. He spent the last 60 years without a bath. The Iranian News Agency (IRNA) recently published pictures of the 80 year old man.

In its report, the agency noted that the man, Amoo Hadji, lives in the village of Dezhgah in the Dehram district of Fars province in Iran.

The man eats dead animals, and his most prized possession is his pipe, which is 3 inches in diameter, in which he smokes animal dung. Amoo Hadji lives in a stone shack built for him by his neighbours and he rests in a hole in the ground resembling a grave.

The news agency also noted that when he feels cold, he wears a helmet and lights up several cigarettes at a time.