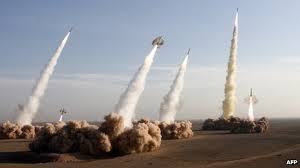 TEHRAN (FNA)- The Iranian defense ministry is due to send a delegation to Russia to discuss delivery of a substitute for S-300 defense shield, a legislator revealed on Monday.

“A team from the defense ministry has left (for Russia) and another team is due to travel there again to discuss the issue,” he added.

Kosari underlined that when the time is ripe for the endorsement of a contract to buy a substitute for the S-300 defense shield from Russia, the Iranian parliament will also send its representatives to the talks to become informed of the process.

Moscow has struggled to have the lawsuit dropped, including by offering the Tor anti-aircraft systems as replacement, media reported in December, adding that the offer was rejected by Tehran.

The Antei-2500, however, may be a better solution. The system does not formally fall under the existing sanctions against Iran while still being useful for the Middle-Eastern country.

While the S-300 was developed for the use by missile defense forces, the Antei-2500 was specifically tailored for the needs of ground forces, which could also be an advantage for Iran, known for its large land force.

The S-300 is a series of Russian long range surface-to-air missile systems produced by NPO Almaz, all based on the initial S-300P version. The S-300 system was developed to defend against aircraft and cruise missiles for the Soviet Air Defense Forces. Subsequent variations were developed to intercept ballistic missiles

The S-300 system was first deployed by the Soviet Union in 1979, designed for the air defense of large industrial and administrative facilities, military bases, and control of airspace against enemy strike aircraft.