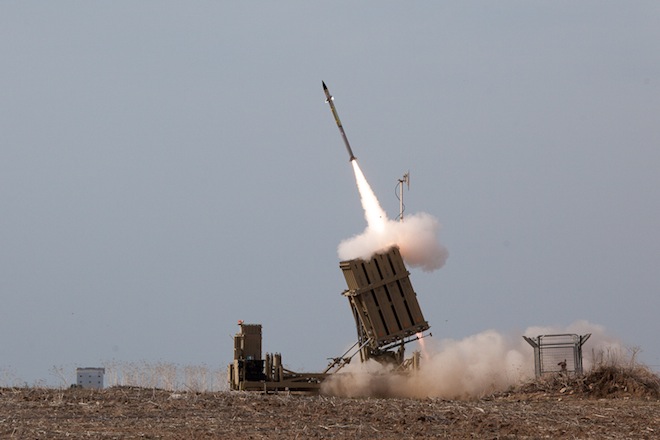 Gen. Amir Ali Hajizadeh, the head of the Guard’s aerospace division, said Israelis will see Hezbollah’s new might should a war break out. Slain Hezbollah commander Hasan Lakkis had played a key role in boosting the group’s military strength, he added, without elaborating. The comments were posted on the Guard’s website, sepahnews.com.

“Hezbollah’s capability has improved so tremendously in recent years that it can hit and destroy any target in the occupied lands with very little inaccuracy and pinpoint ability,” he said, referring to Israel. The assertions could not be verified, and Iran often claims technological advances with its own military that similarly cannot be confirmed.

Lakkis was assassinated last month in southern Beirut, a blow to the Iranian-backed Hezbollah. Iran’s top Revolutionary Guard commanders, including its Quds Force chief Gen. Qassem Soleimani, attended a service earlier this week in Tehran in commemoration of the slain commander.

“He [Lakkis] was a great, resourceful and very active Hezbollah commander whose works could be revealed should a Hezbollah-Israel war break out. He created great defense supplies,” and was “one of Hezbollah’s brains in the field of electronic war,” Hajizadeh said.

The assassination of Lakkis, widely described as the head of the group’s telecommunications network and an expert at procuring strategic weapons, was a significant loss for Hezbollah, who blamed Israel for his death.

Israel believes Lakkis played a significant role in obtaining weapons, including long-range rockets, despite airstrikes launched by the Jewish state inside Syria to try and stop weapons shipments into Lebanon.

Hajizadeh didn’t say how Hezbollah’s missile capability had improved, but Israeli media has reported that the group has been moving long-range missiles to Lebanon from bases where it had stored them inside Syria.

The missiles shipped into Lebanon reportedly include long-range Scud D missiles that can strike deep into Israel, shorter-range Scud C’s, medium-range solid-fueled Fateh missile as well as Fajr rockets, both of which are made in Iran. Shoulder-fired anti-aircraft missiles are also reported to be in the arsenal.