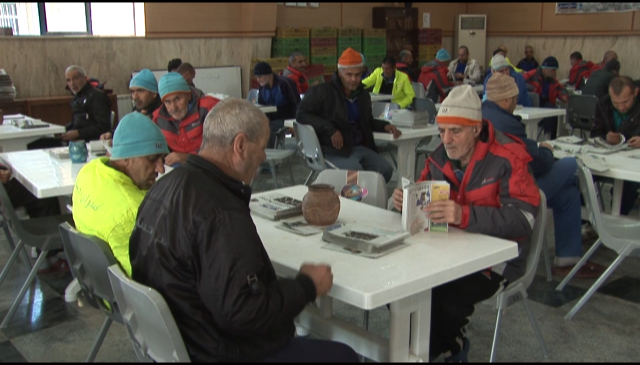 The Charitable Institute for Protecting Social Victims is a nongovernmental, non-profit and independent institute known as Ehsan House. The institute was founded 15 years ago in the suburbs of Tehran, aiming at collecting and helping incapable homeless, the elderly, mental patients, and physically and mentally handicapped homeless.

“Schizophrenia is a disease which needs to be treated by a team of experts including physicians, psychologists, psychiatrists, occupational therapists, and social workers. Fortunately we have all such experts in our institute”, says Dr. Farhad Ramezani Nejad, the deputy manager in Ehsan House.

During the past years, the institute has specialized in treating chronic schizophrenic homeless. Currently 350 men and 110 women live in Ehsan House. They receive therapeutic education and are engaged in creative activities such as carpet weaving, pottery, sewing, painting, and preparing the raw material for making recycled rolled-up newspaper pencils.

The institute officials hope they can prepare a few of these mentally-disordered patients every year to leave Ehsan House and live independently under the supervision of the institute.

“We do our best here to educate them and prepare their mental capacity so that they can leave our main center and live semi-independently in smaller Ehsan Houses. We even give them jobs and they can manage their own lives”, says Alireza Taheri, Ehsan House’s general manager

This year the first group consisting of six men moved out and started living together in a large apartment. They have also been employed by Ehsan House and serve their former roommates for a certain salary.

During 15 years of activity, over 14,000 homeless people have benefited from Ehsan house. Among them different people with diverse social and educational background can be seen, as I talked to an Illinois-educated mechanical engineer, and a medical student. Considering the high rate of homelessness in many developed countries, thanks to Ehsan House and other similar centers, there is almost no homeless person in Iran who dies hungry or frozen.