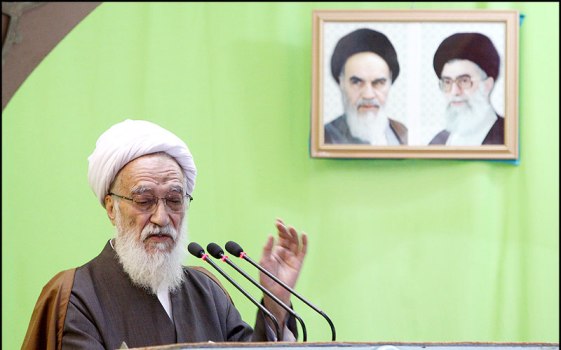 Tehran, Jan 10, IRNA – Interim Friday prayers imam of Tehran here Friday advised the country’s team in nuclear negotiations with world powers to beware of the enemy’s plots, and careful about the concessions that Iran gives versu those it gains in those talks.

“The people, and particularly the revolutionary folks have concerns, which I do not know whether there is rational ground for such worries or not, but they do exist,” said Ayatollah Mohammad-Ali Movahhedi-Kermani in his 2nd sermon, addressing hundreds of Tehrani worshipers.

He said that the worries are on preservation, or loss of the revolution’s values, Islamic prestige, and the extent of the given and gained concessions.

“These must be calculated and contemplated carefully. Are the words and phrases in this nuclear deal clear enough and well thought about? For instance the words achieving, and have access to each have different particular meanings,” he said.

The interim Friday prayers leader said that after all the United States is the Great Satan, and in this issue, too, it is the Great Satan; great care must be taken lest in this respect they would resort to a pretext and ruin the tremendous efforts made by the Iranian delegation.

Referring to the Supreme Leader’s comments, Movahhedi-Kermani said, “Do not be deceived by their smiles. The enemy is the enemy. I feel obliged to appreciate the efforts made by the Iranian delegation. When the US secretary of State said that Iran’s presence was needed, but on the margins, the esteemed foreign minister said that that is beneath our Islamic prestige.”