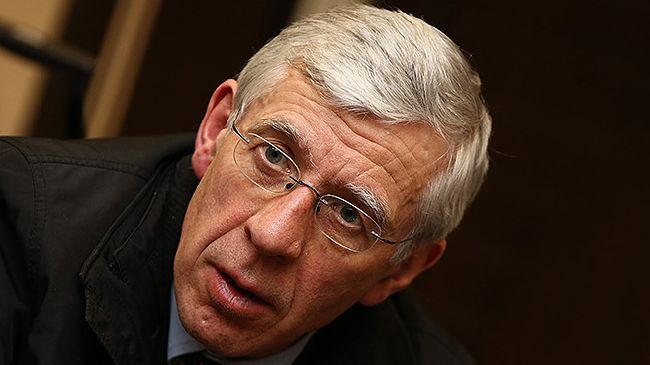 New Iran sanctions would be against Geneva deal: Straw

TEHRAN – The adoption of new sanctions against Iran would be contrary to the nuclear deal recently signed between Tehran and world powers, according to former British foreign secretary Jack Straw.

New sanctions would be “opposing the Geneva agreement,” Straw, who is leading a four-member parliamentary delegation to Iran, told a press conference in Tehran on Wednesday.

He was replying to a question about the fact that a number of U.S. senators are pushing a bill to slap new sanctions on Iran if it goes back on the interim deal.

“We support the rights and obligations laid down in the NPT (nuclear Non-Proliferation Treaty) for Iran and other countries for peaceful purposes,” Straw said.

The former British foreign secretary expressed hope that a “satisfactory outcome” would be achieved in regard to the implementation of the first phase of the Geneva accord.

He also said that Iran should show more transparency on its nuclear program.

Commenting on the sanctions against Iran, Straw said, “None of us like the fact that Iran has been the subject to sanctions.” “This is time to be positive.”

This is an “important period” in Iran’s relations with Britain as well as with the West, he added.

Iran should be invited to Geneva II

Elsewhere in his remarks, Straw commented on the situation in Syria and said that Iran should be invited to the Geneva II peace conference on Syria without any preconditions.

On bilateral ties, he said, “We have welcomed the steps taken by both governments” toward the normalization of relations and look forward to the reopening of the embassies.

Asked about his opinion about the fact that Iran accuses Britain of interfering in its internal affairs, Straw said that there have been “difficulties and complications” in relations between the two countries but the British government “has respected the independence and sovereignty of the Islamic Republic” and is not interfering in its affairs.

He also said that Britain did not interfere in the events that followed Iran’s 2009 presidential election.

In addition, Straw said that the British delegation has invited Iranian MPs to pay a visit to Britain in the next six to nine months.