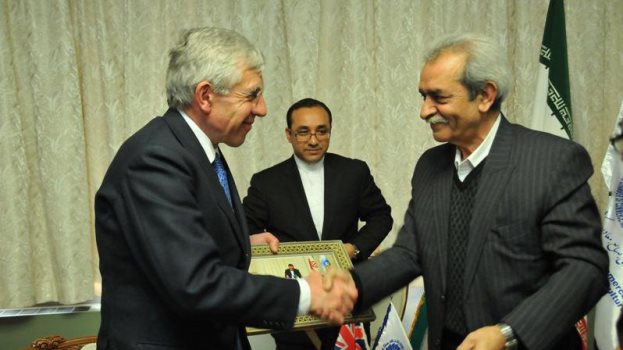 “We are seeking for removal of sanctions soon and this will happen in a multilateral process and through talks. The British parliamentary group is trying to resolve the problem of visa and reopening the embassy in Iran,” he said in a meeting with Head of Iran Chamber of Commerce, Gholam Hossein Shafei.

Jack straw at top of a parliamentary delegation from UK arrived in Iran on Tuesday for talks with senior Iranian officials on issues of mutual interests as well as regional and international matters.

During the meeting, Shafei, for his part, said removing banking and shipping sanctions, facilitating visa issuance for Iranian businessmen and resolving insurance for transportation are the most important factors for reestablishment of Iran-UK relations.

He further added that limitations caused following sanctions imposed great loss to Iran and other countries, noting that, “Iran with full good will is seeking resolve of the previous misunderstanding. Off course, to win good results the other side should pay attention to the issue as well.”