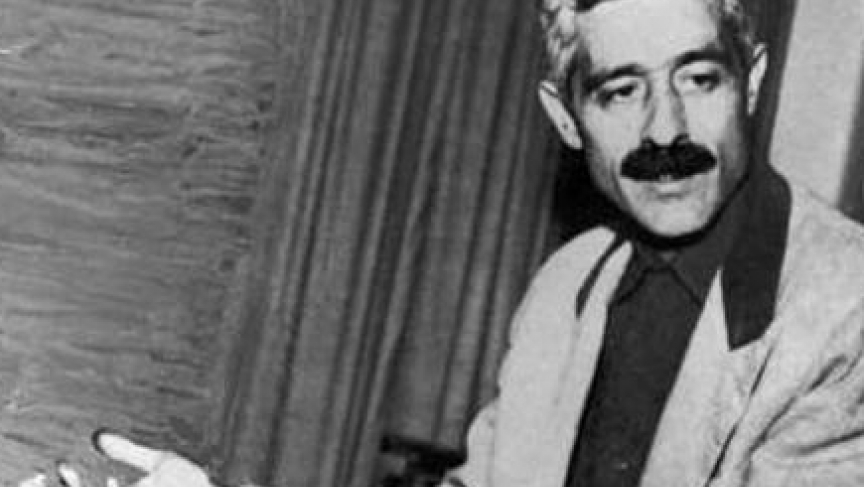 ‘Iran’s Hemingway’ visited Israel in 1963, and wrote about it

Before the Islamic revolution, the two countries traded, quietly cooperated on defense projects and enjoyed some cultural ties. Few remember today that a celebrated Iranian author, who some consider to be Iran’s Ernest Hemingway, traveled to Israel and wrote a book about his visit.

This is a story of how Jalal Al-e Ahmad’s visit came about.

In 1961, an eager 25-year-old Israeli diplomat named Zvi Rafiah was sent on his first mission abroad, to Tehran. Rafiah would go to parties at the homes of Iranian writers, painters and intellectuals and schmooze, and see if he could get any of them to visit Israel.

At one party, he met Al-e Ahmad, one of Iran’s most influential authors and thinkers — who was curious about Israel.

“I said to myself, that’s the guy,” Rafiah recalled. “He talks to people, he mingles with people, people listen to him, people take him seriously. If he goes to Israel and comes back and has a good impression, that’s what we want as diplomat[s].”

In 1963, Rafiah arranged an all-expenses paid trip to Israel for Al-e Ahmad. The author was in Israel for two weeks and wrote a travelogue about his journey.

Recently, American-Israeli academic Samuel Thrope found out about Al-e Ahmad’s book and was intrigued. He translated it from Persian into English. The translation, called The Israeli Republic, came out last month.

Al-e Ahmad “loved the kibbutz, he loved Zionism,” Thrope said. “He has all kinds of reservations about the Zionist project and Jewish state, but, at least in the beginning, he was so enthusiastic. He was drawn to it.”

The Iranian author went to Yad Vashem, Israel’s Holocaust memorial, and did a little sightseeing, but he was perhaps most excited about visiting a kibbutz, an Israeli collective farm. He thought Iran should adopt the model of the kibbutz, Thrope said.

“The confluence of socialism and agriculture and the cultural revolution inherent in the idea of these Jewish agricultural, Hebrew-speaking collectives, those were all things he wanted to see in Iranian culture — the revolutionary and radical ideals behind them,” Thrope said.

It may sound surprising, but Al-e Ahmad thought Israel, as a Jewish spiritual homeland, could be a model for an Islamic utopia. In his book, he calls Israel a “viliyat” — a Shiite term meaning a “guardianship.” Iran’s Islamic republic was based on that principle, that religious clerics should be guardians of society.

That’s not the only unusual thing about the book. In the epilogue, the author changed his tune. He lashed out at Israel.

Rafiah, the Israeli diplomat who sent the author to Israel, just read the book in its English translation for the first time, and says he’s perplexed.

“I only regret that I didn’t have a chance to clarify with him, why is he so [adamant], and why is he using those, in my view, anti-Semitic [words],” Rafiah said. “You don’t have to go from one extreme to the other.”

Some believe the last chapter is a forgery — written by Al-e Ahmad’s brother, who published the author’s work after he died. According to that theory, he may have added the criticism to make the book acceptable in Iran’s new Islamic republic.

Today, almost no intellectuals from Arab and Muslim countries visit Israel — and vice versa. Al-e Ahmad’s book isn’t a blueprint for peace between Israel and Iran, but it does serve as a reminder that there was a time when Israelis and Iranians could be tourists in each other’s lands.