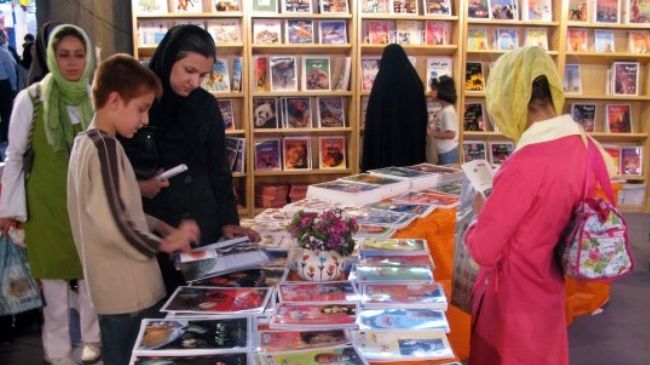 The year’s exhibition is scheduled to be held at Tehran’s Grand Prayer Grounds, the fair planning committee announced on Monday.

Over 2500 domestic and 1700 foreign publishers attend the exhibition and more than 5 million people visit the fair every year.

Some 2545 Iranian and over 1,600 international publishers flocked to the last year’s edition of TIBF.

The international publishers were from 77 countries such as Britain, Germany, India, Lebanon, Syria, Saudi Arabia and the United States.

The Fair is considered the most significant event of its kind in Asia and the Middle East and a significant venue for publishers and book lovers to exchange opinions and experiences.

The 27th edition of Tehran International Book Fair will take place from April 30 through May 10, 2014.