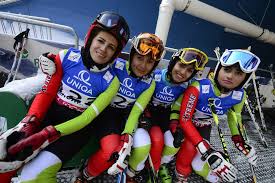 Tehran, Jan 6, IRNA – On the second day of the International Alpine Skiing resort of Tehran, Iranian national team gained one gold and two silver medals, winning a ticket for the 2014 Winter Olympics in Sochi, Russia.

Mohammad Kia Darban was the gold medalist and Morteza Jaafari the silver medalist.

In the Womenˈs category, Iranˈs Mitra Kalhor was the silver medalist.

Iranian skiers had on the first day of the contest pocketed three medals, including one gold, one silver and one bronze medal.

A total of 36 male and female skiers from Turkey, Greece, Tajikistan, Pakistan, Hungry, Bulgaria, Mexico, Lebanon and South Africa have taken part in the competitions, held under supervision of the International Ski Federation (FIS).

The Alpine Skiing race features four rounds of giant slalom (GS) and slalom between sets of poles (gates) in Darbandsar district of Tehran from January 5-8 and in Shemshak district of the capital city from January 12-15.