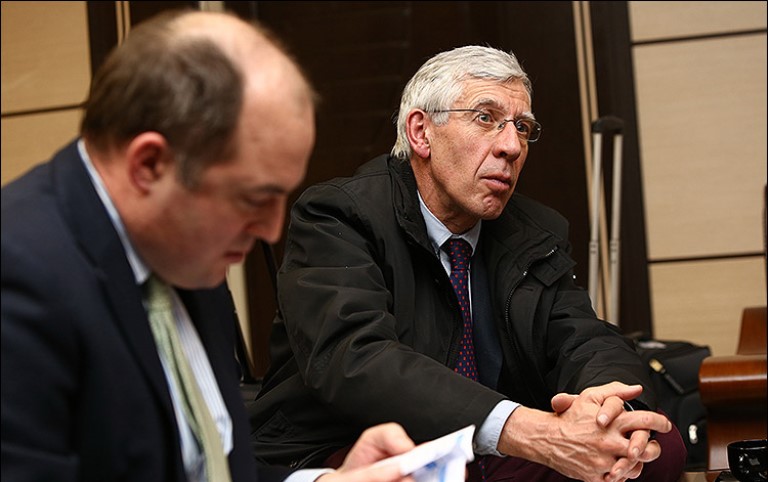 Straw to have presser in Iran on Wed.: Official

An Iranian official says former British Foreign Secretary Jack Straw, who is heading a parliamentary delegation during its visit to Iran, is to have a press conference in the Iranian capital on Wednesday.

Iranian parliamentary official Mahdi Kiayi said, “Jack Straw, the head of Britain’s parliamentary delegation, will have a press conference on Wednesday evening this week, which will be held at the Islamic Consultative Assembly (Iranian Parliament),” Fars News Agency reported on Tuesday.

The mission arrived in Tehran on Tuesday on a three-day visit.

“Britain’s parliamentary delegation, on its visit to Tehran, alongside meeting its Iranian counterpart, will meet with other political and parliamentary officials, but is not scheduled to meet the heads of [government] branches,” Kiayi said.

Sharma was the first British diplomat to travel to Iran since ties between Tehran and London were severed in 2011.

Iran and Britain agreed in October last year to appoint non-resident chargés d’affaires as a first step toward reopening their respective embassies.

The development followed a September meeting between Iranian Foreign Minister Javad Zarif and British Foreign Secretary William Hague in New York, during which they discussed ways to improve Tehran-London ties based on mutual respect.