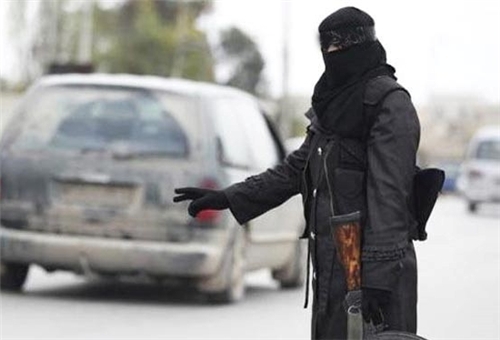 US responsible for surge of Al-Qaeda in Middle East

TEHRAN (FNA)- American analysts believe that former US President George W. Bush and his neocon colleagues fueled the sectarian war in Iraq in 2003 and prepared the ground for the surge of Al-Qaeda.

“The Shiite-Sunni sectarian conflict that Bush and his neocon advisers stirred up by invading Iraq in 2003 has now engulfed the entire region and has given Al-Qaeda and its affiliates footholds in countries where they hadn’t existed before the Iraq War,” Robert Parry said in an article for Consortiumnews.

He added that the invasion of Bush to Iraq in 2003 destroyed the balance that existed between Sunni and Shiite and helped to the expansion of Al-Qaeda, which existed in remote areas of Pakistan and Afghanistan before that.

He said that during the last five years of the Bush era, the Al-Qaeda found the opportunity to develop its branches in Sunni countries like Yemen and Libya, and could retain its foothold in Iraq despite the efforts of Sunni tribes to fight extremism in 2006.

“Much like how Saudi national Osama bin Laden got his start in the 1980s in Afghanistan, this spreading Sunni extremism was largely financed by Saudi Arabia and other Persian Gulf sheikdoms,” he said.

Parry said that the main reason for Saudi Arabia to support militant Sunni factions is that they consider it as a way to counter the growing power of Shiite axis which spreads from Tehran to through Baghdad and Damascus to Beirut.

Recently in Iraq, Sunni tribesmen joined the army in the fight against Al-Qaeda-linked militants in the Western province of al-Anbar.

The leaders of Sunni tribes have reached an agreement with the Iraqi government to help the army drive the militants out of the cities of Fallujah and Ramadi.

The cooperation between Sunni groups and the Iraqi government comes despite western attempts to incite sectarian divisions in the country.

The cities of Fallujah and Ramadi have been the scene of deadly clashes between security forces and Al-Qaeda-affiliated militants over the past days.

The violence broke out on December 30, 2013, when the army removed an anti-government protest camp in Ramadi. Authorities said the camp was used as “headquarters for the leadership of Al-Qaeda.”

The withdrawal cleared the way for militants from the terrorist group of Islamic State of Iraq and the Levant (ISIL), which operates in Iraq and Syria.