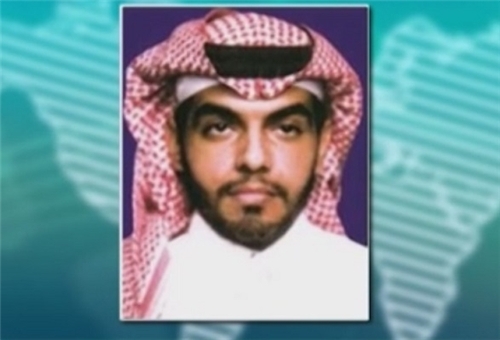 BEIRUT: Deteriorating health led to the death of Majid al-Majid, the leader of an Al-Qaeda linked group that claimed responsibility for last year’s bombing outside the Iranian Embassy in Beirut, the caretaker justice minister said Sunday, citing a medical examiner’s report.

“A report by the medical examiner showed that Majid died of natural causes because his medical situation had deteriorated,” Minister Shakib Qortbawi told The Daily Star.

A security sources said Majid died Saturday at a military hospital in Beirut and a judicial source said Military Prosecutor Judge Saqr Saqr requested an autopsy be carried out.

Qortbawi would not comment on the status of the autopsy.

Earlier this week, a security source said Majid was arrested on Dec. 26 by the Lebanese Army in Mount Lebanon and was undergoing kidney dialysis at the military hospital in Badaro, Beirut.

The Saudi national was the head of the Abdullah Azzam Brigades, the group that claimed responsibility for the Nov. 19 twin suicide bombings outside the Iranian Embassy in Beirut that killed 30 people, including a diplomat. He was wanted by Riyadh, Washington and Beirut.

Iran filed Saturday an official request to take part in the investigation into the attack on its embassy.

The request was handed to Lebanon’s caretaker Foreign Minister Adnan Mansour by Iran’s Ambassador to Lebanon Ghazanfar Roknabadi. Mansour will in turn refer the request to the Justice Ministry to decide on the matter.

Qortbawi told The Daily Star that Majid would be buried in Lebanon in the event his family or Saudi Arabia did not repatriate his body.

“After the declaration of the death of a foreigner on Lebanese territories, his family or country usually reclaims the body,” the minister said.

“In the event Majid’s family or the authorities in his country decline to repatriate the body, we will make the appropriate arrangements to bury him in Lebanon,” Qortbawi said.

He said the request to repatriate the body of a deceased foreign national is usually issued by the embassy of the involved country. The request is made to Lebanon’s Foreign Ministry, which in turn refers the request to the Justice Ministry.

“The Justice Ministry in turn will send the request to the Public Prosecutor’s office, which is the principal decision-maker on this matter,” he said.

In comments to Saudi newspapers published Sunday, Riyadh’s Ambassador to Lebanon Ali Awad Asiri said his country was still considering whether to issue a request to repatriate Majid’s body.

Speaking to Al-Watan newspaper, Asiri said the repatriation of Majid’s body “depends on the joint cooperation between Saudi and Lebanese authorities.”

“The repatriation of Majid’s body also needs to take into account the family’s wishes in order to know what measures to take,” he told the paper.

Asiri indicated that a delegation from the Saudi Embassy would supervise Majid’s autopsy.