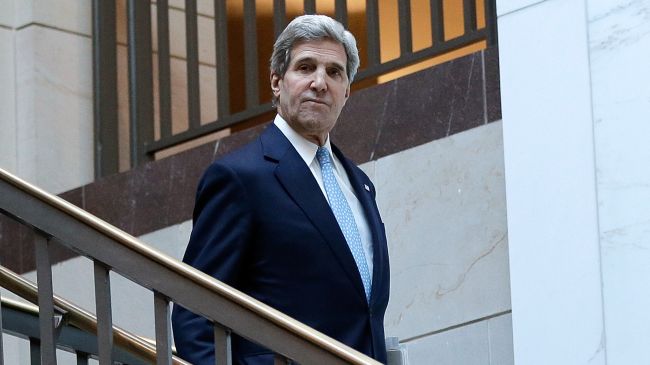 US Secretary of State John Kerry said on Sunday that Iran can play a helpful role in the resolution of the conflict in Syria.

Kerry said it is difficult to foresee how Iran can be a “ministerial partner” in international talks scheduled for January 22 in Switzerland.

However, at a news conference during a visit to Israel, he said:

Now could they contribute from the sidelines? Are their ways for them, conceivably, to weigh in? Can their mission that is already in Geneva … be there in order to help the process? It may be that there are ways that could happen.

The US has always opposed the involvement of Iran, an ally of the Assad regime, in any international discussion. However, Russia — America’s partner in the quest for a conference — favors the presence of Tehran.

Parliament to “Vote Within 2 Weeks on 60% Uranium Enrichment”

Seyed Mehdi Moussavinejad, a member of Parliament’s Energy Commission, has said that the Majlis will vote in the next two weeks on a bill which requires the Government to enrich uranium to 60%.

Moussavinejad said Saturday that the “double-urgency” bill has been signed by 218 of 290 MPs.

Under the interim nuclear deal signed in Geneva on November 24, Iran agreed to suspend enrichment of uranium to 20% in return for a start to the relief of US-led sanctions.

However, some US Senators pressed for a measure, opposed by the Obama Administration, requiring new sanctions if Washington found Iran had not observed the deal.

The Iranian Parliament responded with the largely-symbolic bill. Uranium enriched to 60% is still short of military use. MPs have said it will be used to power nuclear submarines, which Tehran does not possess.

Zarif and his Turkish counterpart Ahmet Davutoglu spoke at a press conference of their efforts to resolve differences over Syria, where Iran supports the Assad regime and Turkey backs the opposition and insurgency.

Davutoglu called for a cease-fire in Syria and supported the proposed international “peace” conference in Switzerland, which Iran hopes to attend.

The two men also expressed their concern of the escalation of violence in Iraq.

Turkey is a key economic partner of Iran, with trade of more than $22 billion in 2012. However, diplomatic relations have been strained in the last two years over the Syrian issue and put under pressure by US-led sanctions, which have blocked transfer of Turkish gold as payment for Iranian natural gas.