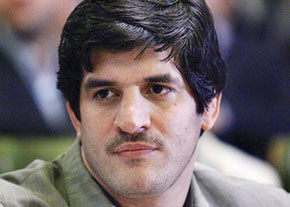 He was elected in a meeting of assembly of the national federation gaining majority of the votes.

Five applicants had taken part in the assemblyˈs meeting to hold election for president of the national wrestling federation.

Two candidates stepped aside in favor of Khadem and the third candidate withdrew from voting.

Khadem secured presidency of the federation with 37 votes out of 38 votes cast into the ballot box.

He had undertaken caretaker of the national wrestling federation since last September.