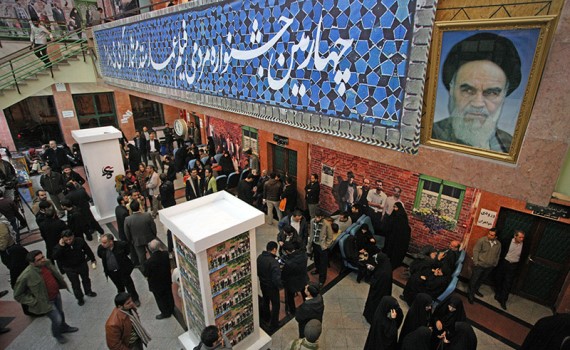 Nasim–The fourth Festival of Iranian national cinematic competition Ammar Popular Film Festival (APFF) has kicked off on Friday, January 3 and will run until January 11, 2014 in Tehran.

The annual film festival represents documentaries, fictions, short films, animations, socio-economical, environmental and political issues of Islamic Revolution of Iran. It is called ‘popular’ as it “values people’s cooperation in the shooting, distribution and screening of its films”.

In the opening Ceremony, Al-Manar TV was honored for its covering of Gaza War and 2006 Lebanon War news by rewarding  Nabil Hamoud, the Head of Al-Manar TV’s Tehran office.