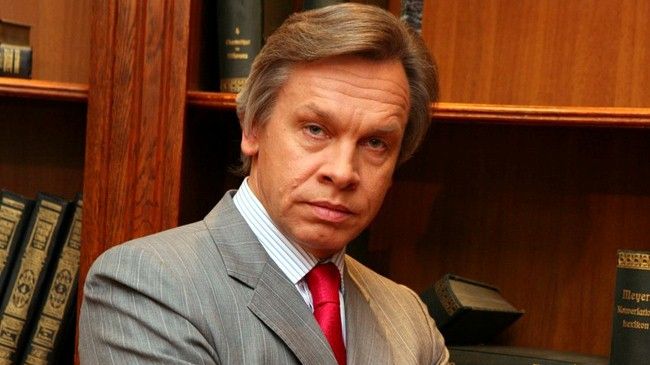 A Russian lawmaker says Moscow’s presidency in the Group of Eight (G8) can help settle the West’s nuclear standoff with Iran and resolve the crisis in Syria.

The chairman of State Duma Foreign Affairs Committee, Alexei Pushkov, made the remark as Russia assumed the G8 presidency on Wednesday.

“Russia has taken over the presidency in the Group of Eight at quite a critical time when fundamental progress on Syria and Iran has become visible but has not been achieved yet,” Pushkov told ITAR-TASS.

On November 24, Russia along with other permanent members of the UN Security Council — Britain, China, France and the US — plus Germany sealed a landmark deal with Iran on its nuclear energy program.

Under the deal signed in Geneva, the six countries undertook to provide Iran with some sanctions relief in exchange for Iran agreeing to limit certain aspects of its nuclear activities during a six-month period. It was also agreed that no more nuclear-related sanctions would be imposed on Iran within the same timeframe.

Pushkov stressed the group’s responsibility to build up on the positive trends formed at the end of 2013, expressing confidence that Russia “can set the pace in strengthening these positive trends” as G8 president.

The Russian lawmaker highlighted his country’s achievements over the past year “in terms of foreign policy,” which he said have “turned Russia into a world leader and its president (Vladimir Putin) into a politician who outran the president of the United States in 2013 in terms of influence on global affairs.”

Russia has taken over the presidency in the Group of Eight from January 1, 2014. The main event of its presidency — the G8 summit — will be held in Sochi on June 4 and 5.

An unofficial forum of the world’s major economies, the Group of Eight is made up of Russia, the United States, Britain, France, Japan, Germany, Canada, and Italy.