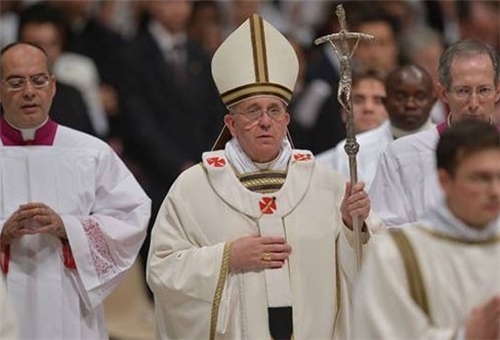 Vatican to host workshop about cease-fire in Syria

TEHRAN (FNA)- The Vatican will host a brainstorming workshop on Jan 13 about how to achieve a cease-fire in Syria so humanitarian aid can be delivered and how to end persecution of Christians there.

The Pontifical Academy of Sciences has lined up experts from the United States, Russia and elsewhere. Speakers include Tony Blair, the former British prime minister, and Mohamed ElBaradei, an Egyptian who is a former chief of the International Atomic Energy Agency, Al-Alam reported.

Negotiations between the Damascus government and opposition representatives are scheduled to begin on Jan 24 at the UN’s international headquarters in Geneva.

Pope Francis has said a military solution to the Syrian conflict would be “futile.”

Syria’s Christians fear they are being targeted by extremists seeking to oust Syrian President Bashar Assad.