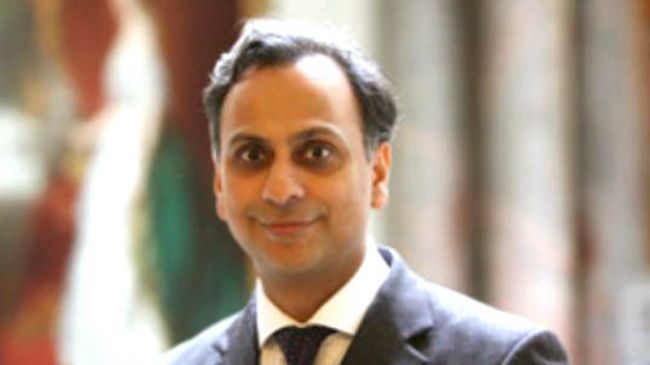 TEHRAN (FNA)- Britain’s non-resident charge d’affairs to Tehran Ajay Sharma felicitated the New Christian Year to the Iranian people, and expressed the hope that 2014 would be a good year for the relations between the two countries.

“Wishing a very Happy New Year to all Iranians. (I) Want 2014 to be a good year for UK-Iran relations,” Sharma wrote on his Tweeter page a few hours ago.

Tehran and London are mending ties after provocative and insulting remarks of a former British ambassador to Iran ignited sentiments here and ended in the closure of the embassy in Tehran.

The insulting remarks of the former envoy, Simon Gass, about the human rights conditions in Iran coupled with Britain’s decision to impose sanctions on the Central Bank of Iran over its nuclear program pushed the Iranian lawmakers on November 27, 2011 to vote by a large majority to downgrade diplomatic ties with the United Kingdom.

In September, Iran and Britain agreed to announce the names of their non-resident charges d’affaires.

During their phone conversation, the Iranian and British officials agreed that the countries should exchange delegations in a bid to continue their cooperation.