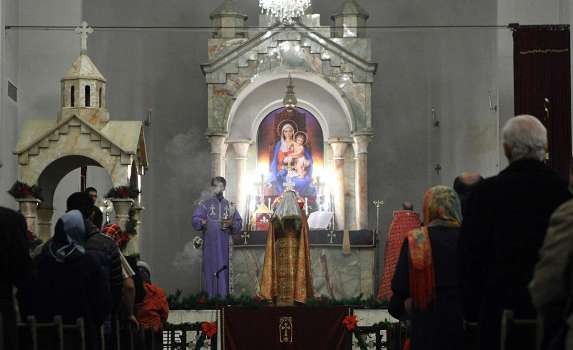 Archbishop calls for administration of justice in 2014

Isfahan, Jan 1, IRNA – The Archbishop of Isfahan province and southern parts of Iran Babken Charian hoped for administration of justice and growing positive apporach towards Iran in the international arena during the new Christian year.

To the same effect, he noted, the Iranian nation too has the right to enjoy freedom and justice which should be respected by the whole world.

Archbishop Charian said the New Year will provide a good chance for all to review their deeds.

He further hoped the new Christian year would bring about peace, tranquility, solidarity and interaction to the world.

He also congratulated Christians in Iran and worldwide on the advent of the New Year.