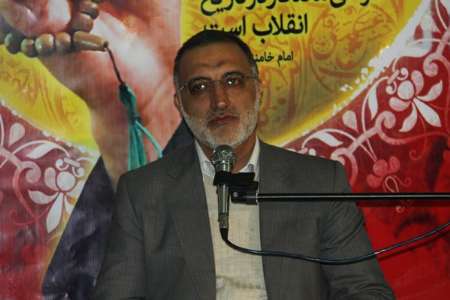 Saveh, Dec 30, IRNA – An Iranian lawmaker said that the world powers launched an all-out onslaught on Iran in the 2009 post-election era.

“The 2009 sedition was a global attack by the global arrogance against Iran,” Ali Zakani said.

“Since the onset of the 1979 Islamic Revolution in Iran, the enemies have staged different plots against Iran such as the Iraqi-imposed war on Iran to topple the Islamic system,” Majlis deputy said.

After official announcement of the election results on June 13, 2009, supporters of the then President Mahmoud Ahmadinejad’s main rival Mir Hossein Moussavi – who rejected the results – took to the streets of Tehran and other cities in daily rallies.

But later, millions of Iranian people as well as the Iranian police, the Islamic Revolution Guards Corps (IRGC) and Basij (mobilized volunteer) forces staged a strong presence and ended weeklong demonstrations and unrests in the capital.

Also, on December 30, 2009, pro-government rallies were staged by millions of Iranians after a group of opposition supporters – including those who took part in the post-election unrests in June – took advantage of the highly revered religious day of Ashoura on December 27 – the anniversary of the martyrdom of Imam Hossein (AS), the grandson of Prophet Mohammad (PBUH) and Shiite Muslimsˈ third Imam – to chant slogans against top Iranian government officials.

On the same day (December 27), tens of millions of Iranians were on the streets to take part in annual massive processions across the country to mark the martyrdom anniversary of Imam Hossein (AS).

Clashes began after demonstrators started clapping and showing happiness, insulting the mourning people who were also in the streets to commemorate Imam Hussein’s martyrdom anniversary.

In response to the Ashoura unrest, millions of Iranians took to the streets on Wednesday Dec. 30, 2009, demanding that rioters be brought to justice.

Later, Iran revealed that a number of western states have played a major role in stoking the unrests both after the presidential elections and on the Ashoura Day, singling out Britain and the US for meddling. Tehran also revealed strong evidence substantiating the interfering role of several foreign embassies and diplomats in stirring riots in Iran.