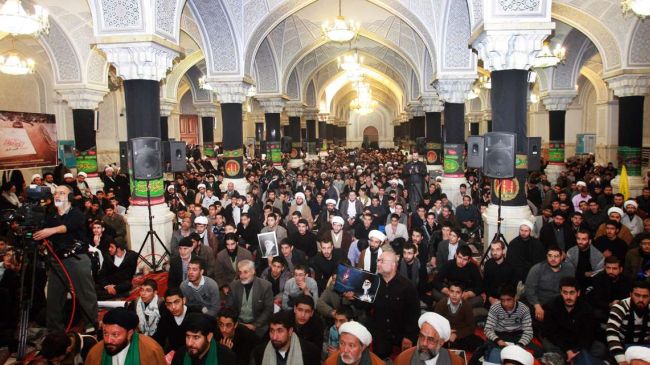 People across Iran have participated in events marking the fourth anniversary of massive rallies on December 30, 2009 that put an end to months of unrest following the presidential election in the Islamic Republic that year.

Large numbers of people gathered at a major mosque in the capital, Tehran, on Monday, when the city’s interim Friday Prayer Leader Kazem Sediqqi delivered a speech to mark the epic demonstrations on December 30, 2009.

People poured out on the streets of Tehran and many other cities across Iran in their millions on December 30, 2009 in what proved to be the ultimate response to months of post-election unrest and a seditious movement.

back in 2009, the backers of two of the defeated candidates claimed vote fraud and staged protests in the streets of Tehran and a few other cities, leading to dozens of deaths and scores of injuries.

The riots, supported by foreign powers, continued intermittently for nearly six months despite probes conducted by Iranian election authorities, concluding that no irregularities were found in the polling stations across the country.

The December 2009 mass rallies have thus emerged as a turning point and an epic in the history of Iran’s Islamic Revolution since so many Iranians demonstrated their unity in opposing the post-election unrest in the country and expressing support for the nation’s Islamic establishment and Leader of the Islamic Revolution Ayatollah Seyyed Ali Khamenei.