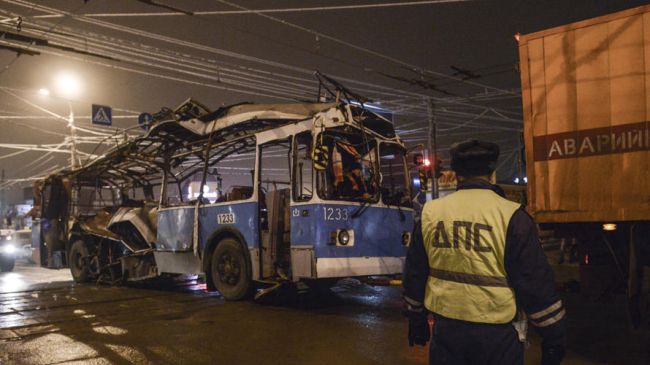 Iran foreign ministry has strongly condemned the deadly “terrorist attacks” in the southern Russian city of Volgograd that killed at least 32 people.

Fifteen people were killed on Monday in an explosion on a trolley bus near one of Volgograd’s markets. Nearly two dozen people were wounded.

The incident comes one day after a bomb attack at Volgograd’s main train station, which killed 17 people and wounded scores of others.

No one has claimed responsibility for the explosions, which come ahead of the Sochi winter Olympic Games, scheduled to be held in February.

Volgograd is located in the volatile North Caucasus region, some 900 kilometers (560 miles) south of the capital, Moscow.

In October, a bus was blown up in Volgograd, killing six people and wounding more than a dozen others.

Russia has been fighting militants since the mid 1990s in its North Caucasus region, where the republics of Chechnya, Dagestan, and Ingushetia have been the scene of sporadic attacks and militant clashes.

Violence erupted in Chechnya in 1994, when 250,000 people were forced to flee to neighboring territories because of a war between Chechen separatists and the Russian army.

Some 100,000 people were killed and thousands more displaced in the conflict.