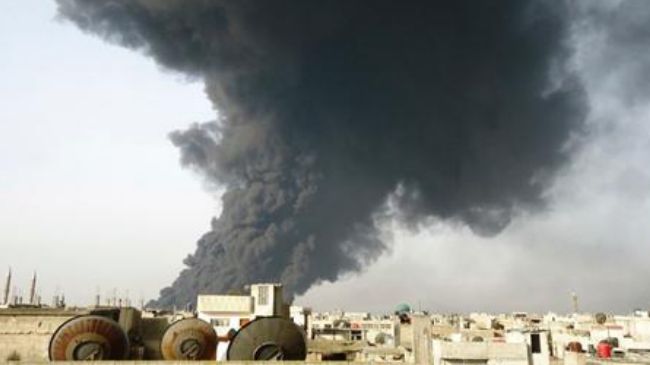 The victims’ bodies were carried through the streets and laid to rest next to Late Prime Minister Rafiq Hariri in Beirut’s Martyr’s Square.

Hundreds of March 14 supporters and dignitaries attended the ceremony to pay their last respects. Among the symbols present alongside the Lebanese and Future Movement flags were flags of terrorist group al-Qaeda which is believed to be behind terrorist acts in Lebanon and the region.

Addressing the crowd, Future Bloc leader Fouad Siniora, turned the patriotic funeral into a forum to send political messages. The former prime minister leveled accusations against the Lebanese Resistance Movement of Hezbollah. Hezbollah criticized the highly provocative rhetoric and escalatory speech considering it to be part of a campaign of incitement and polarization. On the other side of the town, tensions escalated as the funeral service of a teenage victim of Friday’s attack, turned into a scene of clashes between Future Bloc officials and Lebanon’s highest ranking Sunni cleric Grand Mufti Mohammad Rashid Qabbani. It’s a new funeral here and another one there and bloodshed here in Beirut continues. Such bombings carry the message that when extremism infiltrates the region, it’s bound to hurt all factions.