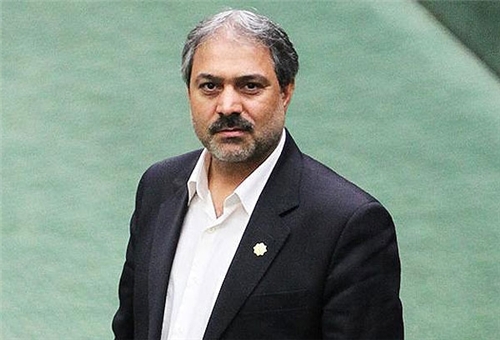 Senior MP: No need to US permission for Iran’s N. enrichment

TEHRAN (FNA)- A senior Iranian legislator reiterated that the country will continue its nuclear program seriously and doesn’t need the US or any other country’s permission for uranium enrichment.

“Our country does not need the US recognition for its enrichment and the country’s diplomatic officials should act vigilantly against the plots and the satanic behavior of the US,” member of the parliament’s Health Commission Suleiman Abbasi said on Sunday.

He blasted the US officials for their remarks on Tehran’s enrichment program, and stressed that the Iranian nation will not withdraw an iota from its inalienable right to nuclear enrichment.

In relevant remarks earlier, an Iranian deputy foreign minister said that Iran as a signatory to the NPT is entitled to continue uranium enrichment, and will never stop the activity.

In an interview with the Dutch daily Trouw earlier this month, Seyed Abbas Araqchi, who is also a senior member of the Iranian negotiating team in talks with the world powers over Tehran’s nuclear program, said that the right for peaceful enrichment is the country’s red line and has been enshrined in the Geneva deal recently signed between Tehran and the Group 5+1 (the five permanent UN Security Council members plus Germany), adding that the negotiating sides now need to agree on the details of the issue.

After more than four days of intense negotiations, Iran and the six major world powers, inked an interim deal in Geneva on November 24.

Speaking at a press conference in Geneva, the Iranian foreign minister pointed to the agreement reached between Iran and the G5+1, and said, “Today’s agreement deals with several sectors, the most important of which is that Iran’s enrichment program has been recognized, and this program will continue.”

On Wednesday, a hundred Iranian lawmakers signed a draft bill and presented it to the Presiding Board of the parliament which will require the government of President Hassan Rouhani to enrich uranium to the 60 percent grade.

“If the bill receives the (parliament) approval, the government will be required to complete the nuclear infrastructures in Fordo and Natanz (installations) in case sanctions are intensified (against Iran by the West), new sanctions are imposed, Iran’s nuclear rights are violated or the Islamic Republic of Iran’s peaceful nuclear rights are ignored,” member of the parliament’s Energy Commission Seyed Mehdi Moussavinejad told FNA.

Moussavinejad said that based on the plan, in case of increased sanctions against Iran and violation of Iran’s rights to use peaceful nuclear technology, “the government will be necessitated to launch Arak heavy water reactor and also increase the level of uranium enrichment to 60% to provide the fuel needs of Iranian vessels engines”.

The bill was presented after Washington breached the recent Geneva deal between Iran and the world powers by blacklisting a dozen companies and individuals for evading US sanctions.

During the last year, similar bills have been compiled by smaller numbers of Iranian legislators, but they were all rejected or their verification was postponed by the Presiding Board.