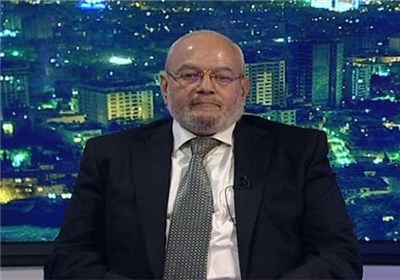 TEHRAN (Tasnim) – The wave of Islamic Awakening in the region and other parts of Muslim world is inspired by Imam Khomeini (PBUH), the late Founder of the Islamic Republic, a former Egyptian lawmaker said on Sunday.

“The beginning of the Islamic Awakening Movement dates back to very long ago and the time of the victory of the Islamic Revolution in Iran (1979), led by the late Imam Khomeini,” Mohyeddin al-Qandour told the Tasnim News Agency today.

The former Egyptian parliamentarian set example of the inspiring influence of Iran’s Islamic Revolution on the Egyptian Revolution in 2011 that toppled Hosni Mubarak, and stated that the Egyptian revolution was inspired by the Iranian revolution’s paradigms in all phases, specially in its anti-Zionist approach.

The Egyptian political analyst also confirmed that the Islamic Awakening Movement is faced with many challenges today, and stressed that western and arrogant powers are trying to hijack the young revolutions through finding influence on leaders of these revolutions.

On October 9, Supreme Leader of the Islamic Ayatollah Seyed Ali Khamenei said the West should not think the Islamic Awakening in the region has come to an end.

Addressing a group of students at the time, the Leader pointed to the developments in the Middle East and North Africa over the past two years, and said, “The awakening of the nations and their empty-handed resistance against the demeaning behavior of the West and the US was a major incident which contrary to the opinion of Westerners is not over yet.”

“These incidents were a historical bend in the road which the Middle East region is passing and their fate has not been finalized and westerners are also worried about these incidents,” the Leader added.