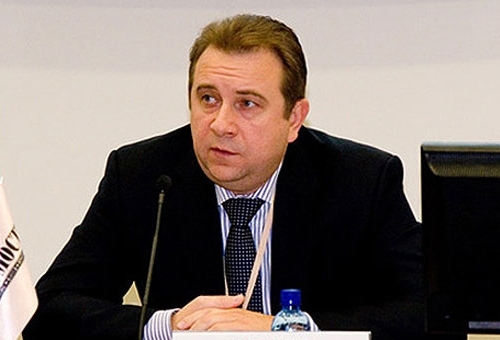 Rahmanov made the remarks in a meeting with Iranian Ambassador to Moscow Mehdi Sanayee on Saturday.

During the meeting, Rahmanov expressed the hope that the economic relations between the two countries would further expand as a result of the two sides’ efforts and utilization of the existing potentials.

The two officials also discussed the latest developments in mutual cooperation between Iran and Russia, and stressed the necessity for the setting up a joint industrial work group as soon as possible.

A similar meeting was held between Sanayee and Vice-Speaker of Russia’s Upper House of Parliament, the Federation Council, Ilyas Umakhanov, on Wednesday, during which they underlined development of all-out relations and cooperation between the two countries, specially in political and economic fields.