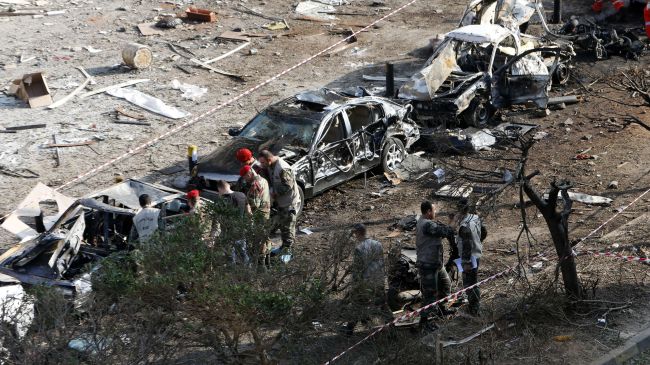 A political analyst says the recent deadly terrorist attack in Beirut raises the speculation that certain regional states led by Saudi Arabia might use Lebanon as the stage for more acts of terror, Press TV reports.

“It is no secret that the [Persian] Gulf states headed by Saudi Arabia… are intervening in Iraq and in Syria through supporting the terrorist organizations labeled terrorists under the United Nations, such as al-Nusra, and in Iraq, they support the terrorists against the Iraqi people,” Elias Farhat, a retired army general, said in an interview with Press TV on Friday.

“Maybe or likely they want to use the Lebanese arena in order to launch more attacks on what they consider their enemy in the region,” he added.

Farhat added that certain regional countries seek to create chaos in Lebanon with the purpose of implementing their plans and safeguarding their own interests in the country.

The Lebanese resistance movement Hezbollah has strongly condemned the recent terrorist attack in Beirut as a “flagrant attempt to target the national stability and unity” in Lebanon.

At least 23 people, including Iran’s cultural attaché to Beirut Hojjatoleslam Ebrahim Ansari, were killed and more than 140 injured in November after two explosions struck near the Iranian embassy in southern Beirut.