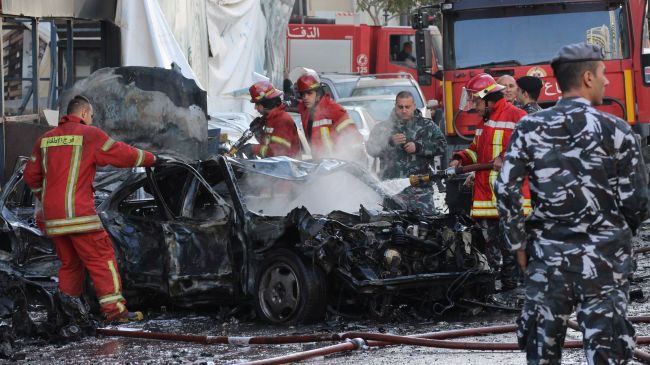 At least eight people were killed and over 70 others injured after a huge car bomb went off near the headquarters of Lebanon’s March 14 Alliance and the parliament in the capital, Beirut, on Friday.

Mikati on Friday described the explosion as a crime, underlining the need for dialog among various political factions.

“It is not the time for political battles and accusations,” he said.

Mikati also called for an end to all violence, saying, “The Lebanese people have had enough.”

No group has yet claimed responsibility for the Friday bombing.

Iran, Saudi Arabia, Qatar, and the US have also denounced the attack. Tehran says Lebanon’s enemies are seeking to foment sedition by targeting political factions.

Meanwhile, Lebanese dignitaries have attended a mosque in Beirut to sign a book of condolences in honor of Shatah.

At least 23 people, including Iran’s cultural attaché to Beirut Hojjatoleslam Ebrahim Ansari, were killed and more than 140 injured in November after two explosions struck near the Iranian Embassy in southern Beirut.