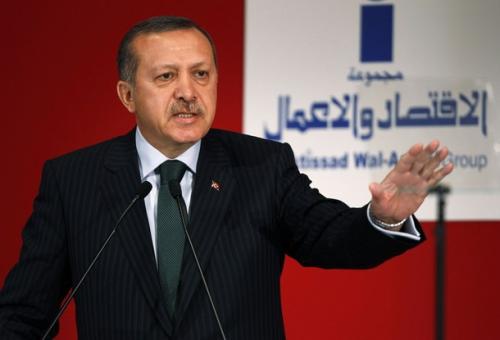 Turkish Prime Minister Recep Tayyip Erdogan has reshuffled his cabinet after resignations of three ministers over a graft probe.

The Turkish premier replaced the economy, interior, and environment ministers.

The ministers’ sons have all been arrested as part of investigations into the spiraling corruption scandal.

Erdogan also replaced the minister in charge of relations with the European Union, who has been implicated in the scandal, but did not resign along with others earlier in the day.

In all, 10 ministers, including three who will participate in the mayoral elections in March, were replaced.

Erdogan has denounced the probe as a plot to undermine his government ahead of the local elections.

On Saturday, the Turkish prime minister warned that he might expel some foreign diplomats involved in “provocative actions” against the Turkish state.

“These recent days, very strangely, ambassadors get involved in some provocative acts. I am calling on them from here, do your job, if you leave your area of duty, this could extend into our government’s area of jurisdiction. We do not have to keep you in our country,” Erdogan told the supporters of the Justice and Development Party (AKP) in the province of Samsun.