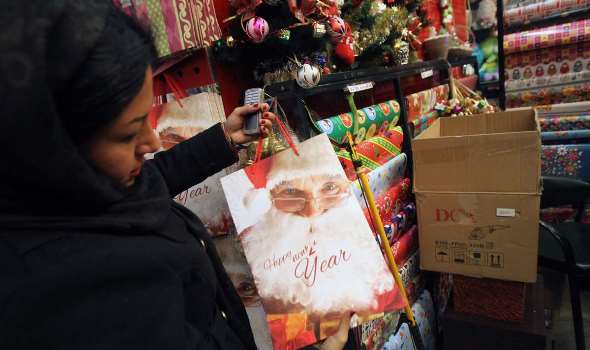 The interim nuclear deal between Iran and the so-called P5+1, agreed upon in Geneva last month, has spawned an ambiance of diplomatic mutuality which has, to date, been received rather pleasantly by all parties involved. Aggressive language has been exchanged with diplomatic jargon, threats of war have been substituted with a sense of unparalleled optimism toward an ultimate resolution and, most importantly, obstinate egos have been shelved in favor of constructive dialogue. While the Joint Plan of Action, as the pact has officially been titled, has key elements which serve the West’s interests as it seeks a more resolute and binding accord with Iran in the coming months with regard to its contested nuclear program; it also presents Iran with several key aspects they long wished to attain in any such agreement. Within these agreed upon components, the language and its consequent implications, offer a very advantageous position for the Iranians as it pertains to their interests’ outlook on a holistic scale.

Iran’s Foreign Minister, Javad Zarif, abetted by his experienced negotiating team, was very adept in pursuing a deal comprising of arrangements most helpful to his nation’s perspectives while also bolstering his government’s stance both within the domestic and international social and political arenas respectively. Challenged by mounting criticism from their countrymen, fellow politicians and a plethora of world leaders, the Iranian team charged with the mammoth task of traversing such a cavernous terrain, which, historically, has politically sidelined a great many men who embarked on this very same journey, returned to Tehran with unprecedented news of sanctions removal. Very quickly, this revelation touched all corners of the world and appositely marked the principal achievement of President Hassan Rouhani’s fledgling term in office. The auspicious facets agreed upon within the Join Plan of Action are a direct referendum on President Rouhani’s remarkable charm offensive that has all but transformed the international community’s frame of mind vis-à-vis Iran away from the past eight years of antagonism and ushered in an aura of cooperation and hope.

The highly sought gift of international inclusion has now been bestowed under Iran’s Christmas tree after decades of expectancy. It has been meticulously wrapped with fragile trust, tantalizingly eye-catching potential partnerships to be forged and topped with an attractive bow of complete sanctions reprieve. Receiving this cherished gift affords Iran the opportunity to act in a manner that has eluded them in the aftermath of previous negotiations. The Geneva talks and their subsequent outcome have constructed a platform permitting a basis of multilateral discussions as it pertains to outstanding issues which have rendered Iranian-Western relations hamstrung over the previous 34 years.

Iran now sees itself as holding a card of legitimacy with significance towards Syria, Lebanon, the Gaza Strip, Iraq and Afghanistan. These proxy battlefields, long operating under the auspices of Iranian influence, have now been recognized as such through diplomatic endeavors pursued by the P5+1’s high-profile policy makers and their Iran counterparts. Agreements on the nuclear issue among the various delegations can serve as a prelude to contextualizing the region’s most far-reaching complications in a manner that is inviting and conducive for Iranian participation. One would be hard-pressed to find a solution to the aforementioned regional hindrances solely through the crosshairs of American weaponry due to the United States’ waning appetite for foreign interventions, as unmistakably demonstrated in the national debate surrounding a seemingly inevitable military strike against Syria in September that failed to materialize.

Not only has the unstable expanse of Iran’s backyard come under potential resolutions, but the footing of Iran and its government have also become immeasurably more secure and stout. As a matter of diplomatic prudence, the parties in attendance at Geneva have spoken openly about a diminution of hostility until the interim agreement is either breached, renewed or parlayed into a longstanding arrangement, in which there would be no reasonable sense for antagonistic aggression from either side. Mr. Zarif and his aides promptly grasped onto this realization when they signed off on the deal last month, banking on the fact that any such deal would ensure the safety and survival of Iran’s most vital interests – domestic tranquility and political constancy.

A reduction in military threats surely will be welcomed within the pockets of Iran’s political hierarchy who have long sought vigorously to remove the likelihood of such a prospect. Having been able to engage in a policy of rapprochement with parties once deemed as the bastions of evil and immorality, Iran, quite adroitly, was able to silence their foremost outspoken Grinch – Israel’s Prime Minister Benjamin Netanyahu. The Joint Plan of Action effectively neuters Netanyahu’s ability to engage in his hyperbolic histrionics and military harangues in a dual mannered consequence. As long as Netanyahu continues on his ill-guided course of fostering confrontation, he will run the risk of being perceived as an irrational and incongruous outcast at a momentous juncture when the entire world is trying to resolve Iran’s delicate nuclear issue through responsible and pragmatic diplomacy. Continued utterances which seek to victimize Israel, as have long been a hallmark of Netanyahu’s politically motivated vernacular, will merely lead to Israel’s continued ostracism. Yet, should the face of Israeli politics dial down his diatribes, the product of such a calculus also benefits Iran, for no matter how Israel’s political heads wish to conduct themselves for the remaining length of the interim deal, Iran’s gift from Israel is sure to be worthwhile.

Another ancillary advantage Iran stands to enjoy from the Geneva talks is a renewed sense of legitimacy as it pertains to its ruling establishment. Having the ability to announce modest sanctions relief to the struggling Iranian population, while facing an economic nosedive, is surely a way in which the Islamic Republic can consolidate power, support and acceptability among the Iranian society. The influx of roughly $7 billion of frozen assets released in accordance with the Joint Plan of Action’s quid pro quo will go a long way in ameliorating some of the most glaring financial ills Iranians are reeling from. Through some careful patchwork and diligent allocation of funds, the Iranian government can reasonably expect to rectify a few of their most conspicuous economic woes in an effort to stave off a complete and utter collapse.

Christmas in Tehran this year will surely feel much more symbolically pertinent as compared to years past. Many Iranians so deeply long to incorporate American and Western values and traditions into their everyday lives, as the social practices of these societies have long been considered taboo, and this festive season’s offerings are aptly perceived as a harbinger for more goodwill gestures by all sides to come. As such, a coincidence of time, marrying the season of kindness with persistent diplomacy and sanctions relief, seems like the perfect present Iran could have come to find under its tree. Even so, among the bustling streets of Tehran and its suburbs, there is a simmering sensation of a breakthrough that can tangibly be gripped in a manner that was indistinguishable before. It would be prudent for Iran to unwrap its present with extreme care and enjoy it in a responsible fashion in hopes of being able to benefit from potentially more delight in the months leading up to the festive gaieties of Nowruz.