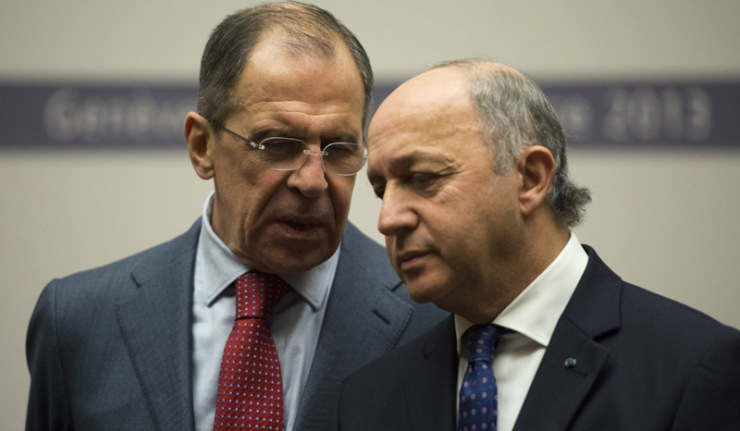 Lavrov: West starting to realize its support for terrorists in Syria

TEHRAN (FNA)- Russia’s Foreign Minister Sergey Lavrov said western politicians have started to realize that the overthrowing of Assad’s government might only lead to the worsening of the Syrian crisis.

The shift has been caused by the rise of jihadists in Syria and the threat of the country turning into a caliphate, the minister said during an interview with RT.

“The attitudes are changing in western countries, they are becoming more realistic in their approach towards settling the Syrian crisis,” said Lavrov.

He also said “understanding that changing the regime is not the way to solve this problem” but a way to “facilitate the arrival of jihadists to power.”

What worries Sergey Lavrov is that his ‘western colleagues are trying to “flirt” with the so-called “Islamic front”, which has recently been struggling for influence with the Free Syrian Army. Lavrov believes the Islamic front could be ideologically close to such Al-Qaeda-linked jihadist groups as al-Nusra.

Lavrov has doubts that the Syrian National coalition is in control of all of the rebel groups, currently fighting against Assad, and could represent them all at the Geneva-2 talks.

Lavrov: deadline to destroy chemical weapons in Syria to be met

Moscow is sure that destruction of Syria’s chemical weapons stockpiles will be finished by June 30, said Russian Foreign Minister Sergei Lavrov.

“I believe that deadline 30 June to destroy chemical weapons in Syria to be met,” Lavrov said.