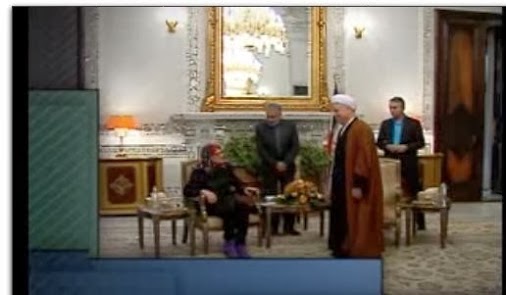 Nasim—Iranians expressed their anger in the social media of violation of diplomatic protocol and etiquette by the head EU parliamentarian delegation to Tehran, Tarja Cronberg, in her meeting with the senior politician Ayatollah Rafsanjani.

Many Iranian shared an image of the moment when the Chairman of the Expediency Council Ayatollah Rafsanjani entered the room where he was supposed to meet Cronberg, sitting in a chair. They stressed that “according to diplomatic manner, she was supposed to stand up while greeting Rafsanjani.”

Following the attention the topic received, Iranian Conservative MP Hamid Rasaei called on the Foreign Ministry to officially slam the move in the Parliament public hearing on Sunday, saying it was “an insult.”