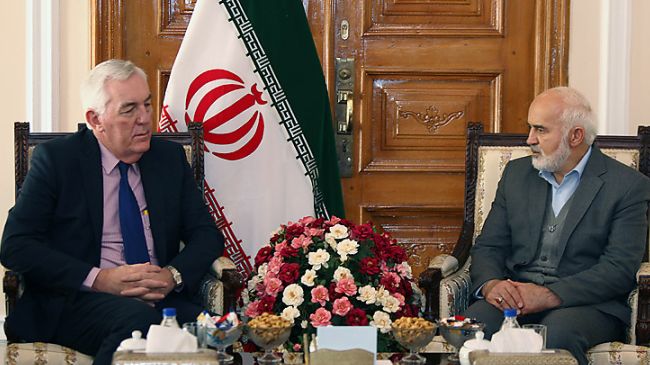 An Iranian lawmaker says the interim nuclear deal that Iran struck with the six major world powers was in keeping with the Islamic Republic’s transparency regarding its nuclear energy program.

“The Geneva agreement was reached not under the pressure of the West’s unfair sanctions, but rather in line with the transparency of the Islamic Republic of Iran’s peaceful nuclear activities and by stressing the alienable rights of the Iranian nation,” Ahmad Tavakkoli said in a meeting with Australian Ambassador to Iran Paul Foley in Tehran on Tuesday.

Tavakkoli added that all sides involved in the nuclear accord must commit themselves to the implementation of the agreement through goodwill, mutual respect and based on equal footing.

Iran and the five permanent members of the United Nations Security Council — the United States, China, Russia, France and Britain – plus Germany sealed an interim deal in Geneva on November 24 to pave the way for the full resolution of the West’s decade-old dispute with Iran over the country’s nuclear energy program.

Under the Geneva deal, the six countries have undertaken to lift some of the existing sanctions against the Islamic Republic in exchange for Iran agreeing to limit certain aspects of its nuclear activities during six months. It was also agreed that no more sanctions would be imposed on Iran within the same timeframe.

Tavakkoli also touched upon the ongoing crisis in Syria and the positions adopted by Western countries vis-à-vis the developments in the Arab country, stating that some Western states have taken conflicting and ambiguous approaches towards Middle East events, especially those happening in Syria.

He further stated that Iran’s rich natural resources and latest technological advancements have prepared a suitable ground for the further promotion of Tehran-Canberra relations.

The Iranian lawmaker also voiced the readiness of the Majlis to help further expansion of ties between the two countries in all areas of common interest and on the basis of mutual respect.

Foley, for his part, termed the Geneva nuclear deal as a step forward, urging all sides to make the most of the opportunity that diplomacy has created and pursue their interests and those of the region.

He said Canberra is ready for exchange of viewpoints and constant negotiations between Iranian and Australian officials as well as the enhancement of bilateral trade and economic ties.