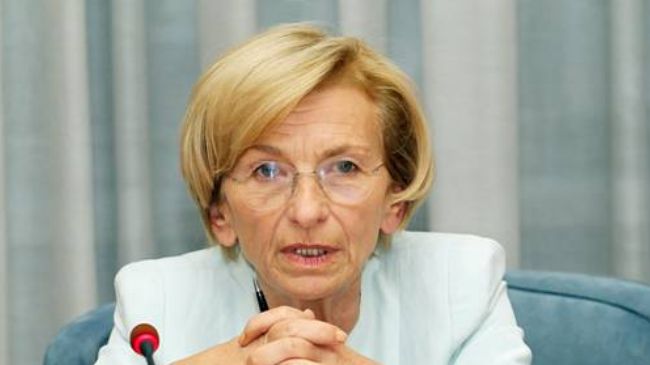 During his stay in Tehran, the Italian top diplomat is slated to exchange views with the senior Iranian officials on the latest international and regional developments and discuss ways to expand the bilateral relations.

On Friday, Iran’s Ambassador to Rome Jahanbakhsh Mozaffari said Italy is fully aware of the advantages of the expansion of bilateral ties with Iran where its companies can find eye-catching economic opportunities which cannot be found in any other place in the world.

The Iranian envoy added that a week after Bonino’s visit, the chairman of Italian Parliament’s Foreign Policy Committee will be visiting Tehran, and the latter’s trip will be followed by another visit by Italian Minister of Cultural Heritage and Tourism Massimo Bray.

The Iranian diplomat also noted that there may be other visits by Italian officials at higher levels in the future.

Mozaffari pointed to a previous visit by Italian Deputy Foreign Minister Lapo Pistelli to Iran in August following the election of President Hassan Rouhani and said, “Italy, as a European country which dispatched to Iran the first delegation at the deputy ministerial level, has sought to play a pioneering role in relations with Iran.”

Bonino is also likely to meet with Director of Iran’s Department of the Environment Masoumeh Ebtekar and Vice-President for Legal and Parliamentary Affairs Elham Aminzadeh.

Mozaffari pointed out that Bonino is the first Italian foreign minister to visit Iran in nearly a decade and she will be accompanied by 20 Italian journalists.

Former Italian Prime Minister Massimo D’Alema was in Tehran earlier this week and had a series of meetings with high-ranking Iranian officials, including Expediency Council Chairman and former President Akbar Hashemi Rafsanjani.