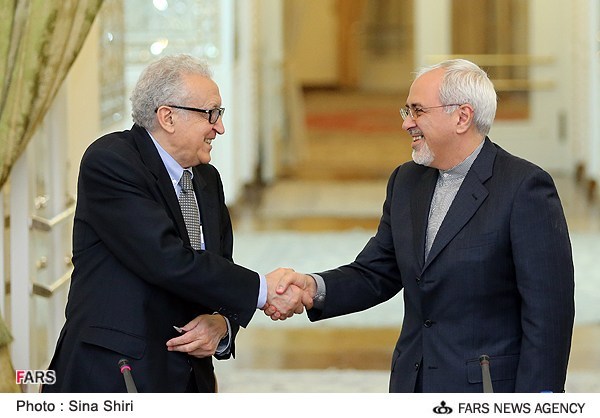 During the telephone conversation, the Iranian foreign minister underlined the need paying attention to a political solution to the Syrian crisis and focusing on Syrian-Syrian dialogue.

“Nearly all participants and organizers of the international conference on Syrian called Geneva II acknowledge Iran’s importance for the conference,” Lavrov said on Friday.

“We receive information and news which shows that Iran can put positive effect on resolving the Syrian crisis,” the Russian foreign minister said.

“Elimination of Iran from the Geneva II conference is unconstructive and only creates problem in the way of implementation of the existing agreements,” Gatilov wrote on his personal weblog on Friday.

The Russian deputy FM said that the Syrian government has determined its official delegation to the Geneva II conference scheduled to be held on January 22 in Montreux, Switzerland and it will announce the names to United Nations and Arab League Special Envoy to Syria Lakhdar Brahimi.

“We are waiting for the Syrian opposition to declare their readiness to attend the Geneva II conference on Syria without any precondition,” Gatilov said.