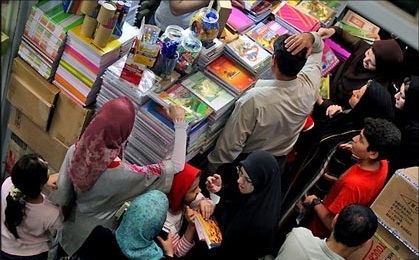 Tehran, Dec 18, INA – Declining trend of economic indices such as decrease in the rate of foreign currencies, gold and inflation as well as improvement in capital market and the countryˈs economic growth since the 11th government took office mark a positive trend in the countryˈs economy.

While the country economic growth in the year earlier (ended March 20 2012) was minus 5.8, the economic measures taken by the government of ˈHope and Prudenceˈ will help raise the figure to zero.

This is while experts forecast that with the positive trend of nuclear talks between Iran and 5+1 Group, the countryˈs economic growth will hit three percent by the end of next year (to end March 2015).

Given the amendments made in customs houses as well as facilitating the laws pertaining to export of goods, the value of exported items is expected to reach $132.580 billion by the end of the next year from $120 billion in the current Iranian year.

Statistics have it that non-oil exports will surge to $40 billion from 32.5 billion for the year earlier and rise to $43.660 billion by the end of the next Iranian calendar year (to end March 2015).

Increasing exports of technical and engineering services is another economic objective pursued by the incumbent government. If obstacles are removed, services exports will reach $8.750 next year from $7.390 billion in the current year.

The government is also seeking to lower the rate of imports. It is projected the rate imports will fall to $59.866 billion by the end of the current Iranian year from $62.265 billion last year.