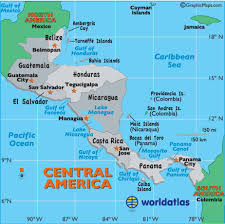 TEHRAN (FNA)- A conference on economic and trade cooperation between Iran and Latin America opened in Tehran on Wednesday.

Participants in the conference titled Challenges Facing Iran-Latin America Cooperation are due to review impediments to the expansion of economic cooperation between Iran and Latin America, specially Venezuela.

Heads of oil and gas products exporting companies as well as a number of economic and energy experts are present in the conference.

The conference has been initiated by the Venezuelan embassy in Iran and the Latin American country’s Ambassador to Tehran, Amenhotep Zambrano, delivered the opening speech.

Last week, Zambrano underlined Iran’s abilities and potentials in various fields, and voiced his country’s willingness to expand relations with Tehran in all fields.

Speaking at a roundtable on Bolivarian Alliance for the American (Alba) Union, geopolitics and grounds for expansion of mutual cooperation among Iran and the Latin American states in Tehran on Saturday, Zambrano said that Iran enjoys suitable capabilities in the fields of diplomacy and technology.

He further called for strengthening of ties between Iran and the Latin America, and said relations between the two sides have already been defined and well established.

The roundtable was held on the eve of the ninth anniversary of establishment of Alba Union, in cooperation with Bolivia and Venezuela in which a number of prominent domestic and foreign political figures and intellectuals were present.