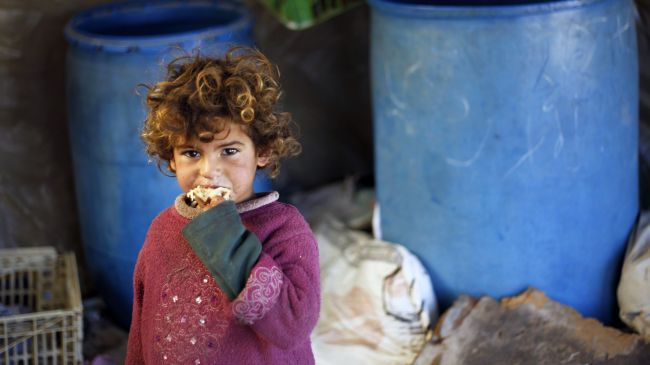 Almost 1 million in need of food aid in Gaza: UN

The United Nations says nearly one million people are expected to need food aid in the besieged Gaza Strip next year.

The main reason behind the rise is the closure of Gaza tunnels by Egypt’s interim government, Turner added.

These tunnels are the only lifeline for Palestinians living under the Israeli siege.

“Only for food next year, we are appealing for $95 million but that is all our entire expected income, so we need to do a lot of advocacy with the donors,” he said.

Gaza has been blockaded since June 2007, a situation that has caused a decline in the standards of living, unprecedented levels of unemployment, and unrelenting poverty.

The 1.7 million Palestinians of the Gaza Strip are living in what is called the world’s largest open-air prison as Israel retains full control of the airspace, territorial waters, and border crossings of the territory.

The Israeli military also frequently launches attacks in the coastal enclave, claiming the attacks are being conducted for defensive purposes. However, disproportionate force is always used, in violation of international law, and civilians are often killed or injured.