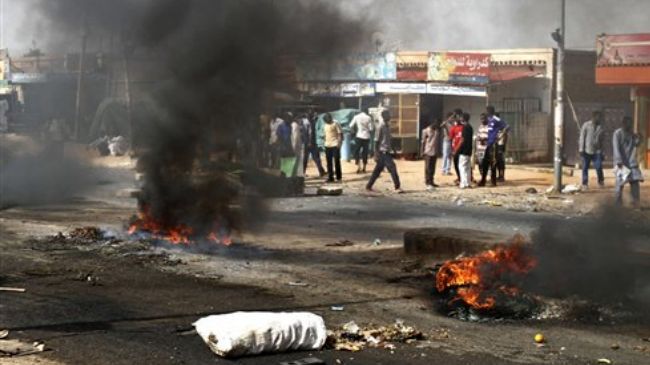 U.N. told up to 500 killed in South Sudan clashes: diplomats

ILNA: The United Nations received reports from local sources in South Sudan on Tuesday that between 400 and 500 people had been killed and up to 800 wounded in the latest violence, and the government said it had arrested 10 politicians in connection with a “foiled coup”.

“Two hospitals have recorded between 400 and 500 dead and (up to) 800 wounded,” a diplomat in New York said on condition of anonymity, citing an estimate United Nations peacekeeping chief Herve Ladsous gave during a closed-door briefing for the 15-member body.

Another diplomat confirmed Ladsous’ remarks, adding that the United Nations was not in a position to verify the figures.

Earlier on Tuesday, a South Sudanese health ministry official told Reuters that at least 26 people were dead after fighting in Juba between rival groups of soldiers from Sunday night into Monday morning. Sporadic gunfire and blasts continued up to Tuesday evening.

The Juba government said it had arrested 10 major political figures and was hunting for its former vice president, accusing him of leading a failed coup in the oil-producing country’s capital, where gunfire rang out for a second day.

The prominence of the names, including former finance minister Kosti Manibe among those who had been detained, underlined the size of the rift in Africa’s newest state, less than 2-1/2 years after it seceded from Sudan.

The United States urged its citizens to leave the country immediately, and said it was suspending normal operations at its embassy.

U.S. Secretary of State John Kerry, on a visit to the typhoon-ravaged central Philippine city of Tacloban, urged a “peaceful and democratic” solution.

“The United States believes very strongly that all parties should refrain from any action that could further escalate the tensions,” Kerry told reporters. “Political differences need to be resolved by peaceful and democratic means, those that have been hard fought for.”

The White House said President Barack Obama was getting briefings on the situation.

President Salva Kiir, dressed in military fatigues, said on television on Monday that forces loyal to former vice president Riek Machar, whom he sacked in July, had attacked an army base in a bid to seize power.

South Sudan is one of the poorest and least developed countries in Africa despite its oil reserves, and it is plagued by ethnic fighting.