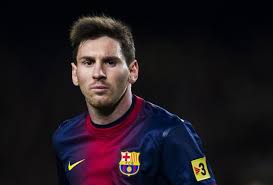 TEHRAN, Dec. 17 (MNA) – An Iranian art celebrity has said he would meet Lionel Messi in an attempt to ‘change his mind’ about Iranians.

Jamshid Mashayekhi told Mehr News that in a meeting with Ali Abdullah Zadeh, the directing manager of Esteghlal Sport Club they discussed a visit to Spain to brief Messi, Argentinean superstar of Barcelona FC. “Messi should know that Iranians have a great culture. I received excellent proposal to visit Spain and I accepted; but the circumstances should be proper for a visit,” said Mashayekhi.

He believed that Iranian swarming of Messi’s Facebook page and disrespecting him was a source of disappointment for Iranians and Iranians should not have done so with Messi. On his probable dialogue with Messi, Mashayekhi told that “I would not speak to him as myself. I should represent Iranian people. I would speak to different social groups and transfer their message to Messi,” he added.

Asked whether his physical conditions would allow for such a visit, Mashayekhi told that the visit was a heart’s demand, and certainly he would manage to do the job.