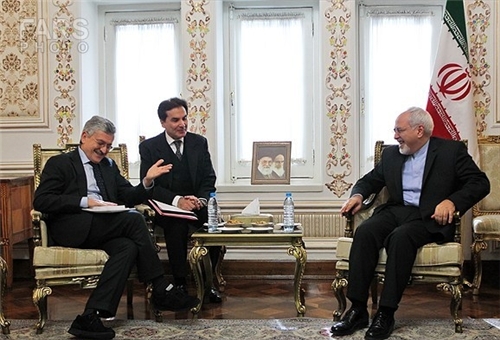 Italy sees no sustainable stability in region without Iran’s assistance

TEHRAN (FNA)- Former Italian Prime Minister Massimo D’Alema asked the regional countries and international bodies to show a wise attitude and utilize Iran’s eye-catching might and power in various fields to end crises and disputes in the region.

Speaking at a meeting with Iranian Foreign Minister Mohammad Javad Zarif in Tehran on Tuesday, D’Alema noted that sustainable peace, stability and security would not be established in the Middle East without Iran’s effective role.

He further underlined Iran has enormous capacities in political, economic and commercial fields and can serve as a perfect partner for the European countries.

D’Alema said that the European countries are deeply interested in the finalization of a nuclear agreement between Tehran and the six world powers.

D’Alema arrived in Tehran Tuesday morning to confer on the latest regional and international developments and discuss ways to bolster the bilateral ties between Tehran and Rome.

Speaking at a meeting with Iran’s Expediency Council Chairman Akbar Hashemi Rafsanjani in Tehran on Tuesday, D’Alema said that Italy has suffered great losses due to the international sanctions imposed on Iran.