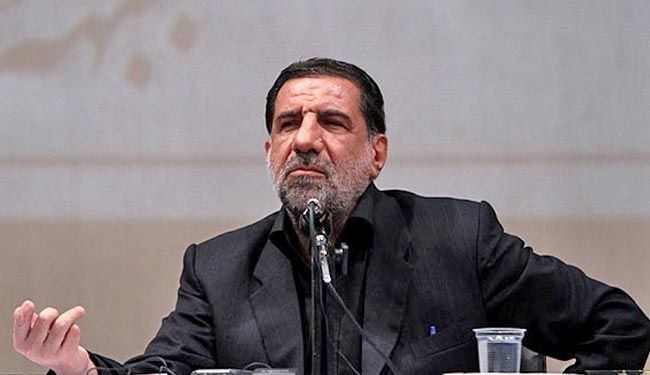 TEHRAN (Tasnim) – A senior Iranian lawmaker said the parliament deems it necessary to keep a wary eye on the future negotiations over the country’s nuclear program, saying the MPs have “legislative right” to exert control over nuclear issues, including a possible accord in the future.

Speaking to the Tasnim News Agency on Tuesday, Esmail Kowsari, member of the parliament’s national security and foreign policy commission, said the country’s nuclear negotiations with the major world powers or a possible accord in the future will come under closer parliamentary scrutiny.

“The Majlis (Iran’s legislature) will definitely pursue supervision based on its duty, and will certainly be sensitive about the issue,” he said of the nuclear talks on Iran’s nuclear program.

This comes after Iran and the G5+1 countries (also known as the P5+1 in diplomatic shorthand) signed a six-month deal on Tehran’s nuclear program after three rounds of intensive talks in the Swiss city of Geneva on November 24.

After the November accord, Iranian Foreign Minister Mohammad Javad Zarif stressed that the nuclear negotiations between Tehran and the world powers in Geneva had not involve any talk of Iran’s pledge to adopt the Additional Protocol, reiterating that parliament alone has the authority to make a decision on the issue.

“We asserted that approval of the Additional Protocol is not within the purview of the administration and that we cannot even make any pledge in this regard, because the parliament has not given such permission, and the authority (to approve the protocol) lies in the hands of the parliament,” Zarif said earlier.

The Additional Protocol allows reinforced and unannounced inspections of a country’s nuclear facilities by the International Atomic Energy Agency (IAEA) and requires that information be provided on all activities regarding the nuclear fuel cycle.

Iran, a signatory of the NPT, voluntarily implemented the additional protocol between 2003 and 2005– its parliament never ratified it– but ceased to apply it after its nuclear case was sent to the United Nations Security Council in 2006.

The Additional Protocol substantially expands the IAEA’s ability to check nuclear facilities by providing the agency with authority to visit any facility, declared or not, to investigate questions about or inconsistencies in a state’s nuclear declarations. States parties to the NPT are not required to adopt an additional protocol, although the IAEA is urging all to do so.

The Iranian Foreign Ministry had on September 24 said that it was ready to study a proposal by lawmakers to send an observer member to nuclear talks with the six world powers.

But in October, an Iranian deputy foreign minister said that the country’s top officials had not decided on the lawmakers’ proposal to send an observer member to nuclear talks.

“This is a new and unprecedented issue,” Deputy Foreign Minister for Parliamentary and Iranian Expatriates Affairs Hassan Qashqavi said.