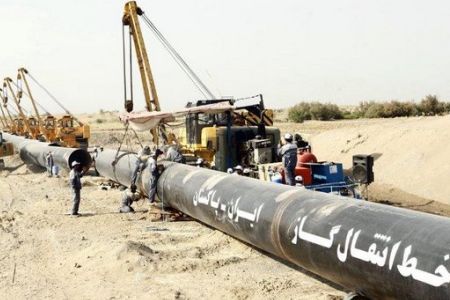 Islamabad, Dec 18, IRNA — All Pakistan Chambers’ Presidents Conference and women entrepreneurs have asked the government to implement Iran-Pak gas pipeline project on top priority in order to reduce demand and supply gap as well as to cater the needs of the masses, local media reported on Wednesday.

“The government should shun American pressure in the larger interest of the nation. If USA can sit with Iran and other states around the table to save its money, then Pakistan should also get gas from Iran” they said.

The two-day conference, which was attended by over 32 chambers across the country and hosted by Rawalpindi Chamber of Commerce and Industry (RCCI), unanimously agreed in what was termed as Bhurban Declaration, that IP gas pipeline was the only option to overcome energy crisis.

President of RCCI Dr Shimail Daud told a news conference that industrial units were running short of energy besides triggering investors to shut down CNG stations in country and emphasized that the government must provide gas from Iran.

“We have made it very clear to Federal Minister for Planning and Development Ahsan Iqbal that industrial sector was on the verge of collapse. The minister assured us but we want the project to be accomplished at the earliest,” Daud said.

The conference unanimously agreed that until the IP gas project was materialized, the government must prioritize industrial sector for energy distribution in order to avert shutting down industrial units in the country.