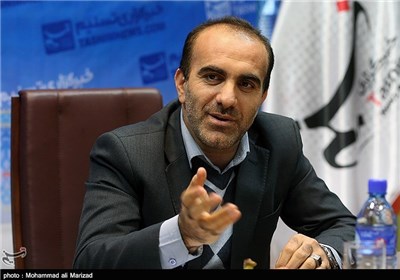 TEHRAN (Tasnim) – Head of the community of physicians in Iran’s Basij (volunteer) Force said the organization’s members have the medical expertise and sophistication to provide assistance to those in need in different parts of the world, even in hostile areas.

Members of the community of Basij physicians are fully prepared to be dispatched to different places, inside or outside the country, to offer humanitarian and medical aid to those who need assistance, Mohammad Raeeszadeh told the Tasnim News Agency.

He further noted that the skillful and motivated physicians of Basij Force are prepared to travel to the world’s most hostile environments, even the regions afflicted by war.

Raeeszadeh said Basij has so far deployed multiple medical teams to various countries, including the impoverished Muslims states in Africa.

Earlier in December, a team of Iranian physicians was dispatched to the Iraqi Kurdistan Region’s city of Arbil on a week-long mission to provide medical services to a broad range of patients.

The decision to send the 12-member medical team to Arbil was taken following a request by Masoud Barzani, president of the Iraqi Kurdistan Region and the leader of the Kurdistan Democratic Party.

The team of Iranian medical experts which included specialists in the fields of internal medicine, pediatrics, gynecology, ophthalmology, infectious diseases, neurology and pharmacology was dispatched to the semi-autonomous region of Iraqi Kurdistan to provide the needed medical services to more than 20,000 people in the region.

The Islamic Republic has on many occasions offered humanitarian and medical services to regional people, particularly to the crisis-hit nations afflicted by war or natural disasters.

The Islamic Republic of Iran is ready to contribute to relief operations in Syria, Zarif said in a meeting with Peter Maurer, the president of the International Committee of the Red Cross (ICRC) in New York.