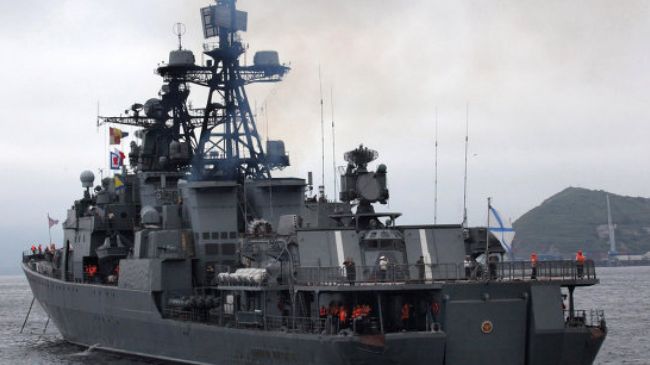 Lavrov said after meeting with his EU counterparts in Brussels that the toxic agents are due to be loaded onto carriers made available by EU nations.

“For our part, we will be ready to provide Russian naval vessels to escort these ships carrying toxic agents in order to ensure the safety of the operation,” he said.

The material is set to be transferred from those ships onto a US vessel and destroyed at sea.

Cypriot ambassador to Russia, George Kasoulides, said earlier Monday that ships from Denmark and Sweden that are being used to ferry away the chemical weapons arsenal have docked in Cyprus on their way to Syria.

The Organization for the Prohibition of Chemical Weapons in November finalized a roadmap for destroying Syria’s arsenal more than 1,000 metric tons of weapons-grade chemicals.

The most dangerous weapons have to be removed from Syria by the end of December and destroyed at sea by April. The rest is slated for destruction by mid-2014.