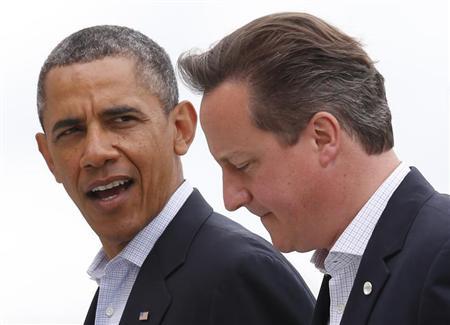 Obama suffers most from year of turmoil: poll

TEHRAN, Dec. 17 (MNA) – Recent polls of Washington Post in US shows that ending his 5th year of presidency Obama is disapproved by Americans.

His position is all the more striking when compared with his standing a year ago, as he was preparing for his second inauguration after a solid reelection victory. That high note proved fleeting as the president faced a series of setbacks, culminating in the botched rollout of his Affordable Care Act two months ago.

Approval rates of both parties in Congress remain worse than Obama’s. Still, it is the president who has suffered the most damage from his administration’s self-inflicted wounds and a year of partisan conflict that included a partial shutdown of the government.

Obama’s standing is of particular concern to congressional Democrats as they look to next year’s midterm elections. Parties that control the White House suffer — sometimes significantly — in midterm campaigns when the president’s approval rating is below 50 percent.

Obama also has lost the lead he enjoyed on who could better deal with the economy. Today Republicans are at 45 percent to Obama’s 41 percent. Last year at this time, it was Obama at 54 percent and congressional Republicans at 36 percent. A 26-point Obama advantage a year ago on who would better protect the middle class has fallen to just six points in the latest survey.

He has lost ground on these measures among women, liberals and younger Americans — key members of his winning electoral coalition.

Obama ends his fifth year in office with lower approval ratings than almost all other recent two-term presidents. At this point in 2005, for example, former president George W. Bush was at 47 percent positive, 52 percent negative. All other post-World War II presidents were at or above 50 percent at this point in their second terms, except Richard M. Nixon, whose fifth year ended in 1973 with an approval rating of 29 percent because of the Watergate scandal that later brought impeachment and his resignation.

Congressional approval stands at 16 percent, up four points in the past month but still hovering near historic lows. More than seven in 10 disapprove of the way congressional Republicans are doing their job, which is only marginally worse than a year ago. Congressional Democrats are only slightly less disliked, with more than six in 10 disapproving of their performance.

Looking to 2014, voters are almost evenly divided in how they would cast their ballots in House races. Two months ago, Democrats held an eight-point advantage on the heels of the October government shutdown. Today it’s just two points — 47 percent to 45 percent. As a point of reference, shortly before Republicans made historic gains in the House in 2010, this “generic ballot” narrowly favored the Democrats.

Despite those sizable disapproval levels for the president on health care, perceptions of the law itself have returned to their pre-rollout state. A month ago almost six in 10 Americans said they opposed the law, with four in 10 supporting it, a record level of opposition. Those numbers are identical to two months ago, with 46 percent supporting and 49 percent opposing.

The White House has declared that the health-care Web site is working better now, but perceptions of it as a flawed system persist. More than six in 10 Americans say the Web site is not working as it should be and more than half say that is a sign of broader problems for the implementation of the program. Six in 10 say the problems are serious enough that the administration should delay the requirement that all Americans have health insurance.

Nearly half of all Americans say they think the law will result in a worse overall health-care situation in the country, and six in 10 say it will mean higher overall costs. Americans are split over whether their own health-care costs will rise or not under the new law; a scant number expect a discount. But about six in 10 say they expect the quality of their own care and their insurance coverage to be about the same under the new law as before.

On the economy, perceptions remain gloomy. Despite a number of positive signs, including a drop in unemployment, stronger than originally reported growth in the last quarter and a stock market that has had a good year, nearly eight in 10 say the economy remains in recession. At the same time, a new high of 59 percent of Americans say that based on their own experience, the economy has begun to bounce back.

Five years after Bush left office, half of all Americans say they blame him for the economy’s current problems compared with almost four in 10 who blame Obama. Those perceptions have changed little in the past year.