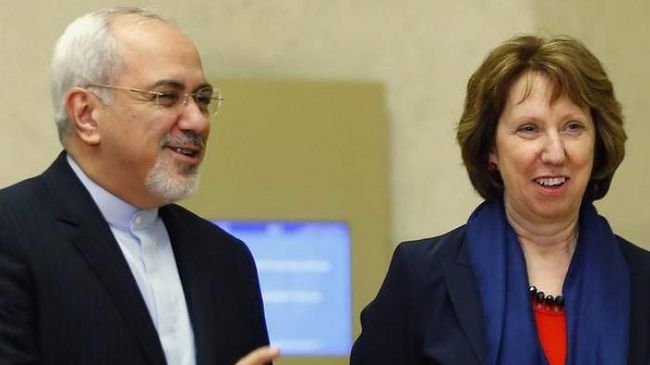 TEHRAN (Tasnim) – Iranian foreign ministry spokeswoman hailed as positive a recent statement by the European Union foreign ministers which says the bloc is ready to suspend some sanctions against Iran as soon as it implements the terms of a nuclear deal reached in Geneva.

“The spirit of the generality of the European Union’s text (of statement) has been positive, and we expect that both sides take step towards implementation of their commitments in the Joint Plan of Action,” Marziyeh Afkham said in her weekly press conference on Tuesday.

The European Union foreign ministers meeting in Brussels on Monday said the 28-nation bloc backed the Joint Plan of Action reached on November 24 in Geneva as “a long-awaited signal of the commitment of all sides to build trust and reduce tensions” over Iran’s nuclear activities.

“A swift implementation of the voluntary measures by all sides is now key,” the EU ministers’ statement read.

“Iran has to implement its commitments in good faith. For its part, the (EU) Council is committed to take the necessary steps and to suspend those EU sanctions as set out in the Joint Plan of Action,” it added.

Those sanctions would be suspended after inspectors from the international watchdog, the International Atomic Energy Agency (IAEA), had verified the implementation of nuclear-related measures by Iran, the statement said.

The Iranian spokeswoman further noted that Tehran expects a specific date, agreed upon by both sides, so that they would be able to begin fulfilling their obligations, according to the Joint Plan of Action.

“Setting a specific date for the start would be the major part of the job,” she added.

No date has been set on when the deal should come into effect, and talks on implementing it ran into trouble last week when the United States blacklisted additional Iranian companies and people.

The sequence of lifting sanctions and Iran’s nuclear steps has been an issue in discussions between Iran and the six powers – the United States, Russia, China, France, Britain and Germany.

The International Atomic Energy Agency is expected to verify that Iran has taken the agreed steps.

Iran and the Group 5+1 (the five permanent UN Security Council members plus Germany) on November 24 signed a six-month deal on Tehran’s nuclear program based on which the world powers agreed to suspend some non-essential sanctions and to imposed no new nuclear-related bans in return for Tehran’s decision to freeze parts of its nuclear activities and to allow more inspection of its nuclear facilities.