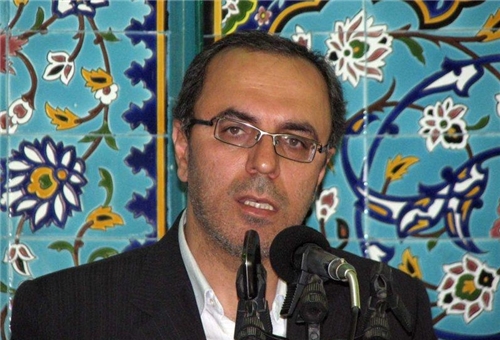 TEHRAN (FNA)- A senior Iranian legislator underscored that the US breach of the Geneva agreement by blacklisting a dozen companies and individuals for evading Washington’s sanctions showed that the American leaders are not trustworthy.

“Deception is part of the US rulers’ DNA and there is no doubt that Americans have no respect for the international community,” member of the parliament’s National Security and Foreign Policy Commission Mehdi Davatgari told FNA on Monday.

He described the new US sanctions against Iran as a blatant violation of the recently-signed Geneva agreement between Tehran and the world powers, and said, “The US has insulted the other members of the Group 5+1 (Russia, China, France and Britain plus Germany) by imposing these new embargos.”

Davatgari underlined that if the US doesn’t want to remain committed to the Geneva agreement, Iran sees no reason to abide by the deal either.

Under the interim deal reached in Geneva late November, Iran agreed to stop progress in parts of its nuclear program for six months in return for some $7bln in relief from western sanctions.

The United States also agreed to refrain from slapping new sanctions on Iran.

After the United States’ recent punitive measures, Tehran officials have issued serious warnings that Washington is about to ruin the agreement.

On Sunday, Iranian Foreign Minister Mohammad Javad Zarif deplored Washington for breaching the Geneva agreement by blacklisting a dozen companies and individuals for evading US sanctions, and said Tehran will show a well-assessed and goal-oriented reaction to any measure adopted by the world powers in violation of the deal.

“The Americans have taken improper measures in the last few days and we have given the appropriate response to them after considering all aspects of the issue,” Zarif said.

He stressed that Tehran is seriously pursuing the Geneva negotiations with the G5+1 “and we will, of course, show proper, well-assessed, targeted and smart reaction to any improper and unconstructive measure (of the opposite side even if it doesn’t violate the Geneva agreement)”.

Meantime, the foreign minister said the nuclear negotiations is moving on a rough path with many ups and downs before the attainment of the final results, “which is not something unexpected as we had foreseen this since the very first day”.